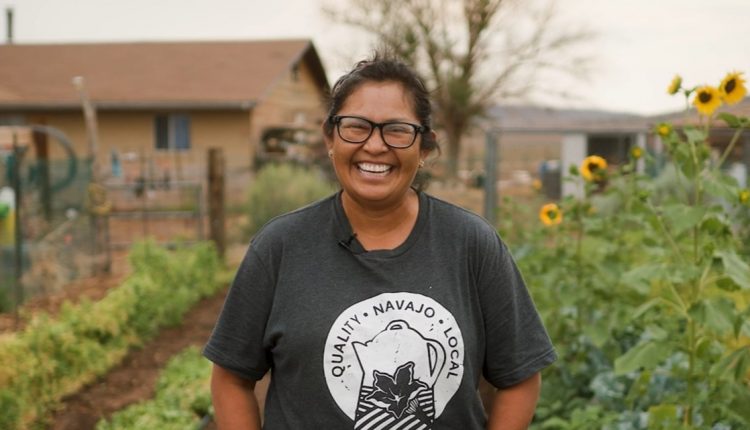 After years of working in public health, Cherilyn Yazzie returned to her grandparents’ farm in the Navajo Nation to provide fresh, healthy food for her neighbors.

DILKON, Arizona – Farming is in Cherilyn Yazzie’s blood. She comes from a family of Navajo farmers. In fact, her grandparents owned a 35-acre cornfield in Dilkon, about 90 miles east of Flagstaff.

However, Yazzie was encouraged from a young age to leave farming behind and go to school to get a degree. So that’s what she did.

“My previous work was in public health,” Yazzie said. “I was a program manager in Navajo County and did a lot of nutrition education across the county.”

One thing she noticed as she traveled around the county teaching people about healthy eating was that her teaching didn’t align with the realities of residents. For many people in the nation, there is limited access to grocery stores, budgets are typically tight, and they often have to travel across the nation to get produce, making it difficult for them to access healthy, fresh food and actually eat them.

It didn’t work. Yazzie said she felt she had to do something to rectify it.

“If growing food and farming is part of Navajo Nation culture, why don’t many of us do it?” asked Yazzie. “That was one of the reasons I left my full-time job and started Coffee Pot Farms.”

After quitting her job, she returned to her grandparents’ land, but she had never farmed before. So she and her husband Mike decided to start small and in 2018 began cultivating half an acre of the farm’s land.

Despite Arizona’s naturally dry, hot weather and a lack of running water on the farm – she and her husband haul water to the farm from 20 miles away – Yazzie began successfully growing food using market-style farming.

With market farming, Yazzie grows crops that can be harvested in 60 days or less. This rapid turnaround allows for many different crops to be grown within one season and achieves their goal of exposing humans to a variety of different foods.

Yazzie sells Coffee Pot Farms products through a Community Supported Agriculture (CSA) membership. At the beginning of the growing season, someone who wanted the farm’s produce would pay in advance and typically receive a box of fresh produce every two weeks after harvest.

“We commit to each other. They know I will do my best to grow whatever I can for this season and over the weeks we would share some of our produce,” Yazzie said. “So you get some of these fresh tomatoes, zucchini, watermelon, and veggies.”

Your hard work and planning are paying off. The feedback she receives from customers is overwhelmingly positive, and she’s achieving a goal that harks back to her work in public health: getting people to try foods they may never have tried before, and them to enjoy.

“You know when things have grown out of the ground, it means more. It’s like a blessing from the earth,” Yazzie said. “That’s why they’re very grateful, because they know it tastes different. It’s really nice to see them eating our vegetables.” 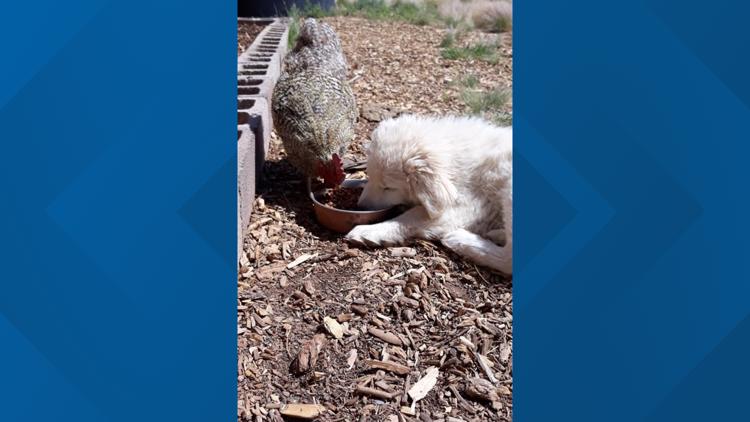 One of the most surprising results of her farming, Yazzie said, has been the interest of other potential farmers. They asked her to give you a tour of the farm to see how she does it. Their work proves that it is possible to grow a lot of food on a small amount of land.

“The half acre we are growing on has shown people that it can be done on a smaller scale. You can grow a lot of food in a small space and it can be manageable,” she said.

To keep her business afloat during the pandemic, Yazzie partnered with web hosting company GoDaddy. She participated in a GoDaddy-produced documentary called Made in America, which chronicles entrepreneurs in underserved communities working to grow their businesses. The series is in its third season and focuses on Yazzie and other small business owners in the Phoenix area.

To continue growing her business, Yazzie hopes to one day expand Coffee Pot Farms’ acreage. To do this, she must dig a well on the property for direct access to water. The cost of the well, $50,000, is high, so she set up GoFundMe to make that dream a reality.

She also hopes to add more members to her CSA membership and continue to educate future farmers in smallholder agriculture.

“People want to know how to grow food,” she said. “You want to do it yourself, and I think that’s very important.”