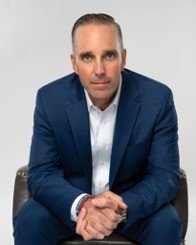 His offices will include Sedona and Village of Oak Creek, Prescott and Prescott Valley, Biltmore, Scottsdale 101, Sun City Bell and Sun City Surprise, according to a press release.

“Jonathan is an exceptional leader, and now with him joining our leadership team as regional vice president, we will be able to better support our amazing team of agents and managers in the Arizona market,” Chris Jensen, president of the Southwest Region of Coldwell Banker Realty, said in a press release.

A seasoned professional for over 26 years in the real estate industry, Hayward knows the ins and outs of real estate — from his years as a successful agent, broker and manager to his decade-long career immersed in the finance and mortgage sectors.

Among his many noteworthy accolades at Coldwell Banker Realty, he earned the National President’s Council Award recognition for three consecutive years, the President’s Elite Office Recipient of Utah, the President’s Award for 2021, and recognized as the No. 1 District in the company for 2017.

In the same way he fully supports his agents, he stands with his community by getting involved in local charities, including the Coldwell Banker Realty Cares Foundation, playing an active role in local events and being an enduring supporter of his children’s sports teams, the release stated.

Colorado’s Efforts Are Not Enough to Solve Its Ozone Problem