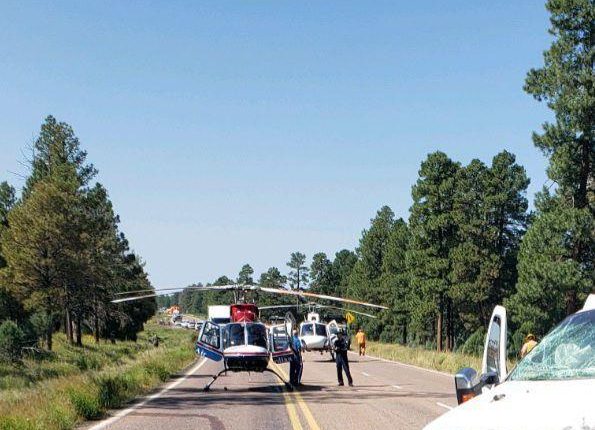 HEBER-OVERGAARD ​​- A head-on collision with three vehicles occurred on State Route 260 at mile marker 301 on Friday, September 10th at 8:45 am, closing the highway in both directions until approximately 1:30 pm

According to the authorities, the vehicles involved were two pickup trucks and a Ford sedan.

One person was pronounced dead at the scene, according to an email from the Arizona Department of Public Safety (DPS) Media Relations Department. One person was flown to Flagstaff Medical Center for treatment and two more were flown to hospitals in the Phoenix area. One of the injured is said to have been critically injured.

Lemon was in one of the vehicles going east.