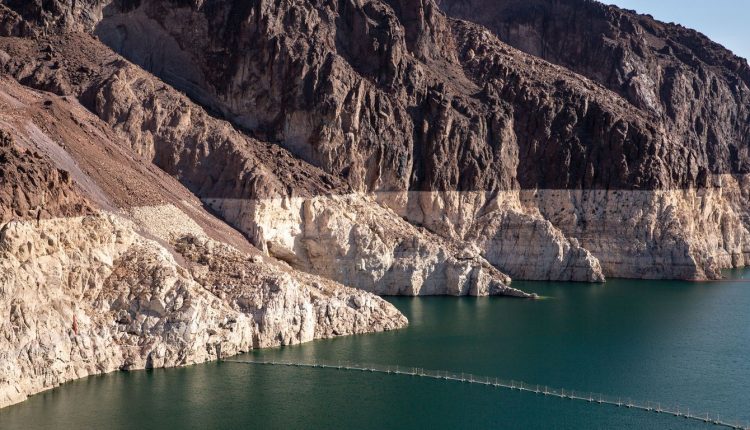 Arizona will have to reduce its Colorado River water usage by 592,000 acre-feet next year, or 21% of its total allotment, the US Bureau of Reclamation announced Tuesday.

The big picture: The bureau declared that the Colorado River basin will be in a Tier 2 shortage starting in 2023, meaning Lake Mead’s water level will fall below 1,050 feet.

Why it’s important: The Central Arizona Project (CAP), which transports water from the Colorado River, operates on a priority system that dictates who takes cuts based on various shortage levels from a 2019 Drought Contingency Plan.

Yes, but: Numerous cities in the Valley have already begun implementing their drought plans, with municipal governments imposing cutbacks on themselves in some cases.

What they’re saying: “We’re going to be continuing to work with the partners in the states to develop as many additional conservation agreements as possible,” Bureau of Reclamation Commissioner Camille Touton said during Tuesday’s press briefing.

Flashback: Touton told the US Senate Committee on Energy and Natural Resources in June that the seven Colorado River basin states would need to conserve an additional 2-4 million acre-feet to cope with the drought.

The states were unable to reach an agreement on cuts prior to the bureau’s release of its August study on Colorado River projections for the next two years.