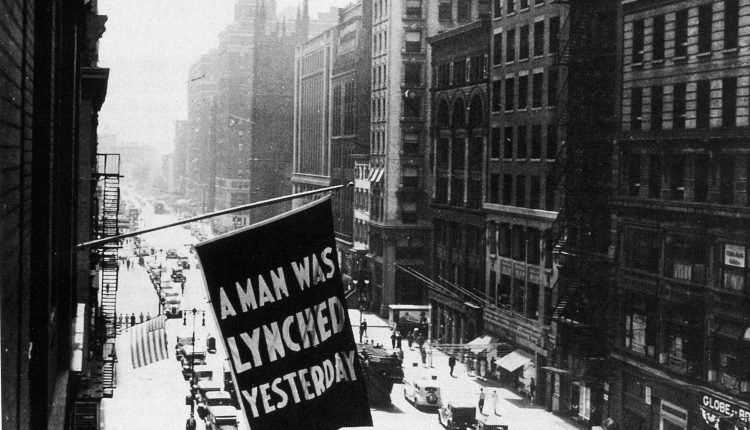 The U.S. House is considering a bill that would put lynching sites in western Tennessee on track to become part of the National Park Service, part of a trend this year of Congress using the agency to advance discussions of the nation’s troubled and often violent racial history.

A bill from U.S. Rep. Steve Cohen, Tennessee Democrat, would require the National Park Service to study the feasibility of adding sites in and around Memphis where white mobs committed lynchings for decades, from just after the Civil War to the Jim Crow era.

Proponents of the bill say understanding an ugly past in which Black people were terrorized and murdered is important.

“Until we remind people of our past, we will not over overcome it, and we will not have a better society,” Cohen said during a July subcommittee hearing on the bill. “We need to recognize the errors in our past.”

Preserving pieces of history has taken on added importance amid a heated national debate about how the nation’s history of centuries of slavery and oppression of Black people should be taught, Tiffany Patterson, the chair of Vanderbilt University’s African American and diaspora studies program, said in an interview.

“There’s a backlash coming from the political arena and spilling over into parents and teachers and politicians and so on that are terrified of that being really discussed,” she said. “So I think, acknowledging places and making it a kind of museum for teaching purposes for the general public is what’s needed.”

Rich Watkins, the chairman of the board of the Lynching Sites Project of Memphis, a nonprofit seeking to commemorate about two dozen sites of lynchings in the area, said part of his group’s goal was to establish a shared set of facts that could then lead to meaningful reflection.

“We are, unfortunately, in an era where people disagree about the facts,” Watkins said in an interview.

The history of lynching — racist extrajudicial killings — is often not taught in schools, Watkins said. While most lynching victims were Black, mobs also attacked non-Black people who may have helped Black people, according to the National Association for the Advancement of Colored People, a longstanding civil rights organization.

Nearly 5,000 people were lynched in the United States from 1882 to 1968, according to records maintained by the NAACP. The Memphis project lists 24 sites where 36 people were killed.

One site commemorates the 1917 lynching of Ell Persons, a Black man beaten into confessing to killing a white girl. A mob took Persons from his jail cell, “then burned, decapitated and dismembered him in front of an estimated crowd of 3,000 people who congregated on Macon Road near the Wolf River in Memphis,” according to a press release from Cohen’s office.

Federal recognition through a National Park Service designation would add legitimacy to the effort to grapple with the history of lynching in the United States, which is addressed at some memorials and sites in the U.S. but not directly within the park system.

“It tells a visitor that this is something that this country is recognizing that happened and we’re accepting these facts,” said Watkins. “And it left a mark on our society writ large and writ small as well.”

“For the government to confront it is one of the ways that we eventually change attitudes,” said Patterson.

Is it just symbolic?

National Park Service recognition may seem purely symbolic, but that doesn’t make it unimportant, said Robert Bland, an assistant professor of history and Africana studies at the University of Tennessee who specializes in the study of race and memory in the United States.

“I think there’s kind of an instinct to say, ‘It’s just symbolic and what about real policy measures?’” he said.

But especially as elements of the political right have mobilized to stifle history that makes some people uncomfortable, symbolic efforts are still important, he said.

“History’s always had propagandistic and kind of myth-making purposes,” he said. “Our history’s often been used to defend, in many cases, white supremacy.”

There is no committee markup — the next step toward enactment — of the Cohen bill scheduled. And Watkins conceded it might be a “multi-year” effort.

There’s been a real effort on the part of this committee — and they should be applauded for that — for beginning to tell the full story of the American experience and American history through our parks, our public lands and our public assets.

But Congress enacted bills with similar missions earlier this year, voting to add a former Japanese internment camp in southeastern Colorado as part of the National Park System and to expand sites related to the Brown v. Board of Education Supreme Court case in Kansas that ended legal school segregation.

Natural Resources Chairman Raúl Grijalva, a Democrat of Arizona, cheered the panel for considering those bills and their focus on history, especially of underrepresented groups.

“There’s been a real effort on the part of this committee — and they should be applauded for that — for beginning to tell the full story of the American experience and American history through our parks, our public lands and our public assets,” Grijalva said at the July subcommittee hearing on the lynching sites bill and others. “That’s a good thing.”

Kym A. Hall, the director of the National Park Service’s capital region, said the agency sought to better reflect the nation’s diversity.

“The goals of this current administration, and certainly of the National Park Service and the secretary of the Interior, are to tell broader stories across the United States, things that may not have been brought forward in our country’s history in a more meaningful way so that a variety of people can connect to those stories,” Hall said at the hearing.

“We have spent the last 10, 20, 30 years of our 100-year organization recognizing that there are many more stories to be told,” she added.

Watkins, the leader of the Memphis project, said the NPS involvement was an important piece of national reconciliation.

“With the National Park Service sites, it elevates the stature of those sites,” Watkins said. “This site is recognized as being important on a federal and national level — not just in that neighborhood or that city. It means that we as a nation are starting to come to terms with these wrongs.”

Check out these Tucson restaurants chasing 100 years in business | subscribers