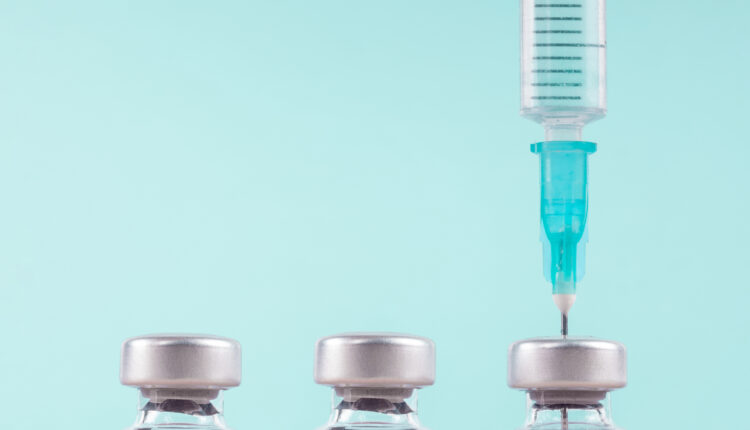 WASHINGTON — Members of the U.S. military would no longer be required to get the COVID-19 vaccine under a proposal Congress could pass as soon as this week.

The provision eliminating the vaccine mandate is tucked into the massive National Defense Authorization Act, the annual defense policy bill that Congress has passed each year for more than 60 years. Lawmakers released this year’s version late Tuesday following months of negotiations.

Erasing the COVID-19 vaccine mandate is seen as a significant victory for Republicans, especially amid unified Democratic control of Washington.

“Thanks to the leadership from our colleague, Sen. Blackburn, among others, this NDAA will repeal the president’s military vaccine mandate, a policy which this Democratic administration had stubbornly clung to — even as it had clearly undermined readiness and hurt retention,” McConnell said.

The group released a statement following the NDAA’s release, saying they were “pleased that the final conferenced bill includes language mirroring our amendments’ efforts to protect troops from being fired due to Biden’s COVID vaccine mandate without fair appeal and to the harm of service readiness.”

Defense Secretary Lloyd Austin originally ordered the armed services to put the COVID-19 vaccine mandate in place last year and has since said he thinks it should continue.

“Mandatory vaccinations are familiar to all of our Service members, and mission-critical inoculation is almost as old as the U.S. military itself,” Austin wrote in the two-page memo released in August 2021. “Our administration of safe, effective COVID-19 vaccines has produced admirable results to date, and I know the Department of Defense will come together to finish the job, with urgency, professionalism, and compassion.”

The Defense Department has administered just under 8.9 million doses of the COVID-19 vaccine. It also had more than 735,000 people within the military, its civilian population, dependents and contractors diagnosed with COVID-19 and nearly 700 people within those classifications died of the virus, according to DoD.

More than 8,400 service members have separated for refusing to get the COVID-19 vaccine, according to a spokesperson for the DoD.

The Pentagon requires service members to get a range of vaccinations as part of entering the military, including Hepatitis A, Hepatitis B, Influenza, Measles, Poliovirus, Tetanus-Diphtheria-Pertussis and Varicella.

The Defense Department requires troops to get additional vaccinations based on service-related circumstances and assignments, according to a Pentagon spokesperson.

The COVID-19 vaccines have been shown safe in clinical trials as well as real-world application since health care workers began administering the shots in late 2020 following FDA emergency use authorization.

But conservative criticism of vaccine mandates as well as false information about the vaccine itself has simmered in the background for much of the 117th Congress.

The 4,408-page NDAA released this week, which would rescind the Pentagon’s COVID-19 mandate, sets policy for the U.S. Department of Defense for the upcoming year. It also authorizes $857.9 billion in defense funding, though Congress must pass the separate defense appropriations bill to actually provide that money to the Pentagon.

Congress has not yet reached an agreement on total spending for the federal government for the current fiscal year, meaning U.S. lawmakers might need to pass another short-term government funding bill when the current law funding the Pentagon and the rest of the government expires on Dec. 16.

The four said in a statement the legislation would continue “the Armed Services Committees’ 62-year tradition of working together to support our troops and strengthen America’s national security.”

“We urge Congress to pass the NDAA quickly and the President to sign it when it reaches his desk,” they added.

Montana Democratic Sen. Jon Tester, chair of the Defense Appropriations subcommittee, which actually funds the Pentagon, said Wednesday that if eliminating the COVID-19 vaccine mandate “has an impact on readiness, it’s a huge mistake.”

“Let’s base it on science, let’s not base it on Donald Trump’s deal,” Tester said.

House Minority Leader Kevin McCarthy, a California Republican, declared victory over the provision repealing the COVID-19 vaccine mandate, saying in a statement “it is a victory for our military and for common sense.”

He also said the Pentagon must “correct service records and not stand in the way of re-enlisting any service member discharged simply for not taking the COVID vaccine.”

A Family Death During the Holidays Prompts Questions and Reflection