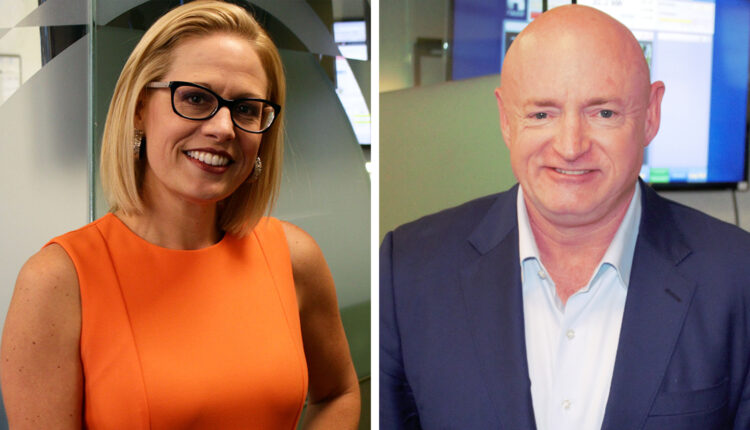 US Sens. Kyrsten Sinema and Mark Kelly will be in Yuma on Tuesday as part of a bipartisan group of eight congressional members visiting the border.

The delegation’s first stop is El Paso, Texas, a day after President Joe Biden was in the city for a similar visit.

“It’s important to understand that we have seen the devastation of many families, and the suffering of many families, they have gone through, you know, gangs and, rape, mental health issues … as they’re making the trip to the border,” she said.

Aguirre’s group has been providing COVID-19 testing, transportation and other aid to asylum seekers along the Yuma border for more than two years now. She says families come from dozens of countries and usually stay in Yuma only day or so, while they make travel arrangements to be with family or sponsors elsewhere in the US

She says in December, as the debate over the future of Title 42 restrictions on border asylum drags on in court, her center was helping some 500 people per day. Last week, the Biden administration announced a series of new border policies, including the expansion of Title 42 and the opening of programs to allow some nationalities to apply for protection away from the border.

Aguirre says she hopes this week’s visit drives home the need for immigration reform from Congress, and a better asylum process.

“The families seeking asylum should not be putting themselves at risk of such violent crimes happening on the way here to the border … there’s got to be a better, humanitarian way to process that,” she said. “It’s easier to say that, because if you put yourself in their shoes … you risk your life no matter what.”

As Hobbs called for collaboration, some Republicans literally turned their backs.

A new art festival is coming to Flagstaff