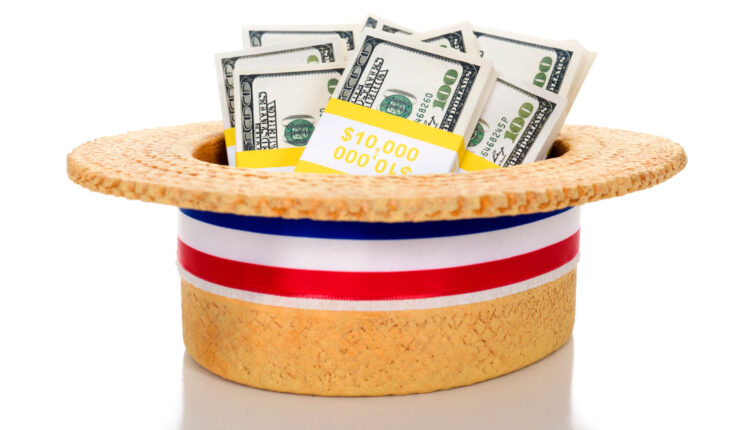 Two conservative groups are suing to block Proposition 211, which targets dark money in elections, arguing that it violates the constitutional right to freedom of speech.

Prop. 211, dubbed the ‘Voters Right to Know Act,”was approved by an overwhelming majority of Arizona voters in November and became law earlier this month after the election was certified on Dec. 5.

The act promised increased transparency in politics by enacting new reporting thresholds. A campaign spending more than $50,000 in media messages to support a statewide or legislative candidate or a ballot proposition is now required to disclose contributors who give at least $5,000. In local elections, donors who give $2,500 or more to a campaign spending over $25,000 would be likewise revealed.

The Center for Arizona Policy and the Arizona Free Enterprise Club are asking a judge to find Prop. 211 unconstitutional, saying that being forced to disclose the source of their contributions violates the rights of their donors and restricts their willingness to engage in political activities.

“The Act violates Arizonans’ right to speak freely by chilling donors from supporting causes they believe in and wish to support, lest their charitable giving become public knowledge,” reads the brief. “It also impairs the speech of nonprofit organizations … because those organizations will be compelled to refrain from speaking or engaging in public dialogue to avoid compromising the privacy of their donors.”

The Arizona Free Enterprise Club is a 501(c)(4) social welfare organization that regularly lobbies for business interests, including lower taxes and reduced regulations. The Center for Arizona Policy is a 501(c)(3) public charity that cannot engage in political activities, but its sister organization Center for Arizona Policy Action can and does. Under federal tax law, neither group is required to disclose donors, but under Prop. 211 they will be forced to do so for their election activities.

Both groups lobbied against the passage of Prop. 211, saying it amounted to the enshrinement of “cancel culture.” The Center for Arizona Policy is a frequent proponent of anti-LGBTQ laws and said in the lawsuit that it fears harassment directed at the organization will be turned towards donors if it’s forced to reveal them.

The disclosure requirements in Prop. 211 represent an unwarranted invasion of privacy into the beliefs and positions of donors, according to the lawsuit. Chilling the free speech of individuals will have the detrimental effect of narrowing public discourse, they add.

“Voters only get to know who felt comfortable subjecting themselves to the Act’s identity and financial reporting requirements when communicating their political views; voters do not get to know who the Act silenced,” reads the lawsuit. “That is backwards. Transparency is for the government; privacy is for individuals.”

Terry Goddard, a former state attorney general and now a co-chair of the Stop Dark Money campaign, which spearheaded efforts to get Prop. 211 on the ballot and to rally Arizonans to support it, said the arguments from the groups against it are tired and absurd. Under state law, members of the public who decide to donate to a candidate’s campaign face contribution limits and have their names and addresses reported. Big ticket donors and political ads should be treated no differently, Goddard said.

“If you or I have given $50 or more, our first and last names and addresses are reported,” he said. “That’s not a violation. Why is this one different?”