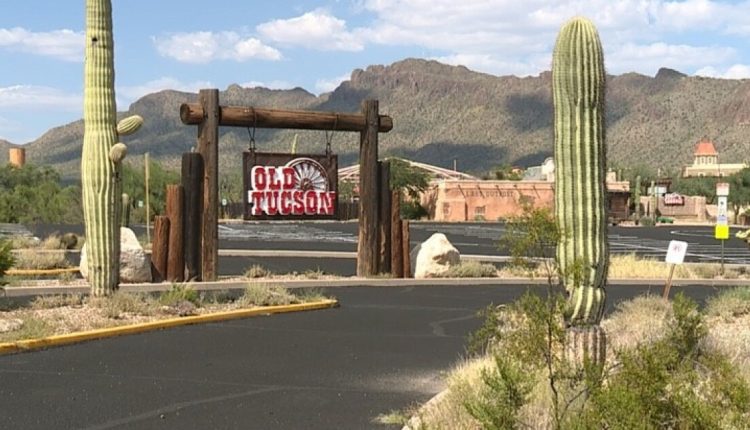 Old Tucson officials say they never got a new set built, they are out $300,000 and have been forced to take legal action.

“We’re at least six months behind where we were hoping to be,” said John Harper, describing the status of filmmaking at Old Tucson.

“The original agreement that we had with them was a service agreement to help Old Tucson lift the production side of the company off the ground,” Harper told KGUN 9.

According to its website, FilmWest studios is a full-service film and video production company based in Missoula, Montana. FilmWest says they have been involved in producing more than 70 films in Arizona.

In July, FilmWest agreed to build a new $580,000 movie set for Old Tucson on its property.

On July 21, Harper says he wired FilmWest $150,000 for materials, set design and to start construction.

FilmWest came back a week later and asked for another $150,000, which Harper wired them on July 27.

Harper says FilmWest then came back asking for even more money, without ever breaking ground on the new set.

“So that’s what kind of triggered the ‘you know what, let’s take a step back and let’s try and figure out where this $300,000 is, and you’re continuing to want more’,” said Harper.

In mid-September, Old Tucson Entertainment took legal action against FilmWest Studios.
They filed a complaint in Durango, Colorado, the home of American Heritage Railways, for breach of contract.

Harper says FilmWest no longer has an office in Tucson, so serving the complaint to FilmWest still hasn’t happened.

KGUN 9 reached out to FilmWest Studios through its website and received this statement from FilmWest about the complaint that they have yet to be served:

“FilmWest Studios denies liability as asserted in the complaint and is confident that it will successfully enforce the contract between FilmWest Studios and Old Tucson Entertainment to produce meaningful content for audiences worldwide.”

Harper tells KGUN 9 that FilmWest has already failed to live up to the terms of the contract.

“The goal is to just get our money back and to part ways,” Harper said. “As soon as we have those funds back, we’re going to reinvest it back, and we’re going to start on that set.”

Harper tells KGUN that he is disappointed by the delay in building the new movie set. He recognizes that it is a loss of jobs and a loss of significant economic impact on the Tucson region.

This lawsuit does not affect Friday’s opening of Yuletide, Old Tucson’s Christmas-themed event.