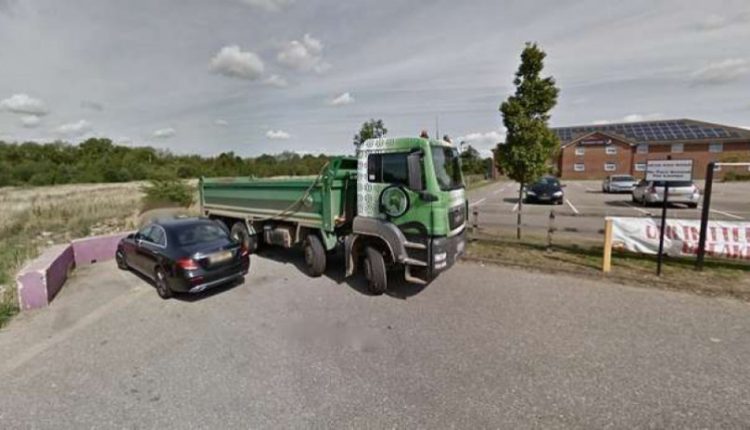 Plans for a works storage depot on the outskirts of Ashby have been deferred by North West Leicestershire District Councillors.

But there was confusion at last night’s (Tuesday) planning committee meeting after a motion to permit the scheme was defeated by a show of hands, four to three.

The EG Group wants to build a road related storage, maintenance and management facility with associated site works next to the associated fuel station at Flagstaff Island, close to the junction with the A42.

But, despite having outline planning permission, the scheme has met with strong opposition from Ashby de la Zouch Town Council.

It is also close to the Premier Inn on the same site – and, if the plans go ahead, it has been suggested it will harm business at the hotel.

Revised plans were put to the District Council’s planning committee last night (Tuesday) with a recommendation to permit the scheme to go ahead.

But councillors voted not to allow the development, only for plans to then be deferred.

Ashby councilor Dave Bigby said: “I would like to see additional information.

“I’d like to see proper analysis of the service yard as it has been applied for, so that we can see how it conflicts with parking spaces.”

However, Cllr John Le Grys disputed the decision and said: “I’m totally confused. Do we seek legal advice on this? I’m surprised we’re in this position.

“The vote should end this.”

Councillors were then told that the decision not to permit the scheme was not being reversed – and that a deferral was an alternative motion.

Objections to the plans have described the proposed design as ‘ugly’ and ‘harmful to local businesses’ – while concerns have also been raised about the amount of extra HGV traffic in the area.

The revised scheme, which already has planning permission, will now go before councillors at next Tuesday’s North West Leicestershire District Council planning committee