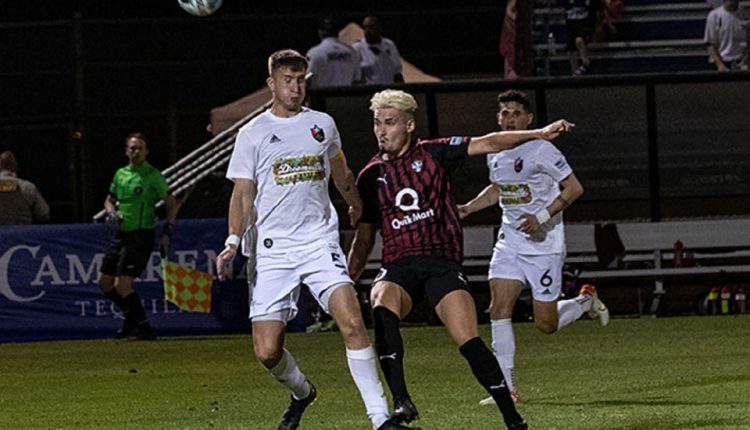 FC Tucson announced this week that Deri Corfe will be leaving the team. According to the team’s website, he and FC Tucson have “mutually agreed to part ways.”

The English forward had grown to be a fan favorite in 2021 after scoring eight goals. Like the rest of the team, he struggled with scoring this season and hadn’t taken the field since a June 18 draw with Central Valley Fuego and had infrequent appearances in the game day roster.

Despite the team having a strong defense and an ability to keep possession for long stretches of the match, they rank dead last in goals scored and second to last in shots taken. To bolster the offense the team has brought in UNC Charlotte/Des Moines Menace sniper Fernando García and Tucson native Donny Toia from Real Salt Lake.

The pair have already combined for three goals, which made Corfe redundant.

FC Tucson also announced that Daniel Bloyou will be loaned to Swedish club Ljungskile SK, which currently sits at second in the third tier Ettan Fotbol league. Also, Elijah Wynder, who had made 12 appearances and logged an assist against Charlotte in May, is at the end of his loan and will return to Louisville City FC.

Earlier this month, the team acquired Defender Eric Kinzer on loan from Seattle Sounders FC. He was on the bench for the July 16 loss to Union Omaha, but has not yet made the field.

The team hopes that the changes will, according to the team’s website, “break the dam wide open.” A match on Saturday night against Charlotte Independence, a team that hasn’t won since June, will be a chance to show that the ship has been righted. The match kicks off at 7 pm at Kino North Stadium.