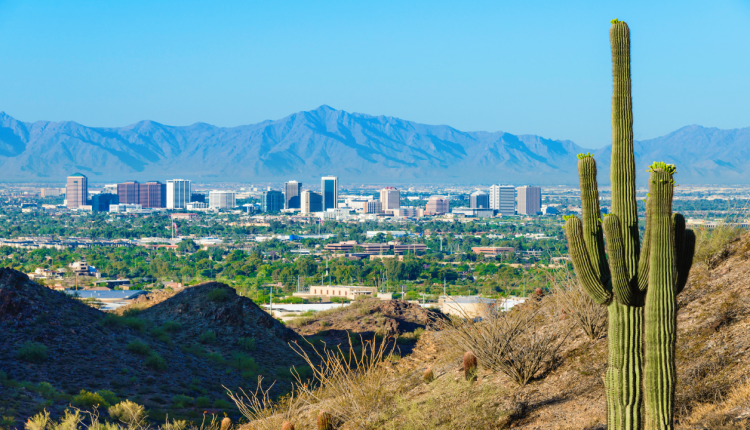 Cost Of Living In Phoenix 2022

With the exception of San Antonio, Texas, no city in the US has been growing like Phoenix. Census data showed that it added more than 13,000 people between July 2020 and July 2021. Add balmy winters and an exploding housing scene to a relatively low cost of living and it’s no surprise people are flocking to Arizona’s capital city.

If you’re thinking about joining this rapidly growing city of more than 1.6 million people, you’re probably wondering: How much does living in Phoenix cost? Surprise, surprise — living in this metropolitan area might actually be cheaper than living elsewhere in the state. So let’s break the Phoenix cost of living down, component by component.

The good news: You’ve got excellent timing here. Phoenix home price growth topped pretty much anywhere else in the country for a while there. But the market is cooling now, making it a better time to buy a house in the area. That’s true across the country, though, so let’s get a better feel for home and rental prices in Phoenix, specifically.

In Q3 of 2022, the most recent quarter for which the National Association of Realtors has published data, the average single family home in Phoenix was selling for $474,400. That’s a more than $20,000 drop from the previous quarter — great news if you’re trying to buy (but less-that-ideal if you want to sell a house in Phoenix).

If you plan to rent, you’ll also be glad to know that both national and Phoenix rent costs have started to dip. This summer, Realtor.com reported that the median rent price in the metro area was $1,647. For a studio, you’re looking at about $1,300, on average. Go up to a two-bedroom and be ready to pay somewhere around $1,800.

Ultimately, whether you want to buy a house in Arizona or rent, your timing isn’t bad. As the market cools, prices should continue to go down.

Our deep dive into the Phoenix cost of living wouldn’t be complete without evaluating the job market. It’s great if things are affordable, after all, but if opportunities and salaries are pitiful, even a cheap area can be a struggle.

Happily, the job market looks good, with unemployment on the decline when you look at data over the course of a year. In 2020, census data put the median Phoenix household’s income at just north of $60,000.

As with anywhere in the US, the amount you can expect to take home depends on your industry and role. To give you a decent idea of ​​what to expect, though, here are some average Phoenix salaries from MIT’s living-wage data:

More good news: Compensation in Phoenix has ticked up over the last two years, according to the Bureau of Labor Statistics (BLS).

As far as the local job market scene, you can expect a broad range across industries. The top five largest employers in the area are:

How much does living in Phoenix cost? That depends, of course, on how you keep yourself fed there.

Going back to MIT’s living wage data, the average single adult in Phoenix should budget about $4,000 a year for food costs. A household of two adults and three children should plan to spend around $14,000 on food annually. The Economic Policy Institute’s family budget calculator comes up with estimates a little below MIT’s.

All of this assumes that you’re cooking at home, though. If you love dining out, add more to your budget here. Phoenix has a burgeoning restaurant scene with a lot of exciting eateries.

While the Phoenix cost of living comes out pretty favorably for housing and dining, getting from A to B can eat up a fair chunk of your budget. In fact, the city ranks high in terms of metro areas where residents spend on transportation. In 2020, Phoenix-area households spent nearly 19 percent of their budget on transportation (vs a national average of 16.2 percent), according to the BLS.

Phoenix does have a bus system that you can ride for $4 a day, or $6.50 if you want to take express buses. But mainly it’s a car-culture town. Of the $11,639 in annual transportation expenditures in Phoenix, 97 percent was spent buying and maintaining private vehicles, the BLS says.

Plus, while getting around in Phoenix might eat up some of your budget, it shouldn’t take up too much of your day. The average Phoenix resident commutes 26 minutes to get to work.

When you’re figuring out how much house you can afford — or if you should move to Phoenix in general — don’t forget about taxes.

Arizona property taxes are pretty low, overall, averaging .66 percent statewide. However, Maricopa County, where Phoenix is ​​located, charges some of the highest rates (though not the very highest). The Greater Phoenix Economic Council says you should budget around $5,000 in property taxes if you’re buying a median-priced home.

As far as personal income tax goes, Arizona plans to move to a flat rate of 2.5 percent next year, making it one of the lowest tax tables in the nation.

Clearly, Phoenix cost of living has a lot to offer. As housing and rental prices come down, it should get increasingly feasible to set up a comfortable life there. To crunch the numbers yourself, you can use our cost of living comparison calculator.

If you live elsewhere Arizona, you might consider selling your house and relocating to this flourishing metro area. And if you’re not yet an Arizonan, Phoenix — with its stable job market, and growing food and culture scene — can offer you a great place to jump into the Grand Canyon State. Just make sure you save up enough for your move.

Congress heads back to D.C. for a hectic lame-duck session