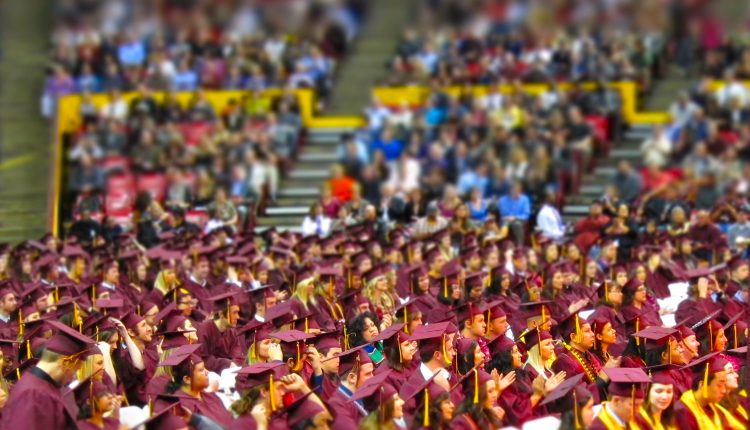 The Supreme Court’s decision overturning Roe v. Wade could have recruiting ramifications at universities in Arizona, which has a pre-Roe abortion ban on the books and where clinics have stopped performing abortion services since the June 24 ruling.

Will athletes avoid committing to schools in a state that bans abortion?

“It’s going to be harder for coaches, and I think they need to be prepared to talk about this because they’re going to be asked about it, if not by athletes, they will be by their parents, who are much more involved in recruiting these days than they had been in the past,” said Victoria Jackson, a sports historian and clinical assistant professor of history at Arizona State who also was a distance runner for the school.

After having those conversations, some athletes might consider a different path and join a team in a nearby pro-abortion state, such as California or Nevada.

The ruling could also challenge athletes who are only offered scholarships in a single state.

Crissy Perham, a medalist in the 1992 Barcelona Olympic Games for swimming, revealed in 2021 that she had an abortion in 1990 as a sophomore at the University of Arizona. For her, if she had to make that college decision today, it would not be a simple one.

“I needed to go where I could get a scholarship and get my school paid for,” Perham told Cronkite News. “But I don’t think it’s out of the question to think that that’s going to be a box that some women consider when choosing schools and if their coach will support them having body autonomy and their state.”

Support from coaches could become a key issue. Additionally, the ruling raises a variety of questions. Would a college have the right to take away scholarships from a pregnant athlete?

“There are girls that are maybe going to have to give up their dreams of being student-athletes, which would be really sad, because men don’t have to make those choices,” Perham said.

Jackson and Perham believe that it is not fair to only focus on women when discussing the new laws. Both say that men may also take the ruling into consideration when choosing a college.

“It’s not like only women athletes are going to be affected by this,” Jackson said. “People in men’s sports are going to be, too, if they’re in a relationship with a woman athlete. And there’s a lot of that kind of intermingling in college athletic departments. Track is a combined gender program, and the men are your teammates as much as the women. And there’s a lot of dating going on in the scene.”

Another issue in the overturning of Roe v. Wade was timing. The day before the decision was made marked the 50th anniversary of Title IX, an education amendment that helped women access equal opportunities.

“It’s oddly cruel for this to happen during this time of Title IX, (when we’re) celebrating this piece of legislation that gave so many women the opportunity to make our own choices about what we wanted to do with our lives,” professional women’s soccer player Megan Rapinoe told reporters hours after the Supreme Court overturned Roe v. Wade.

Jackson said, “If you talk to women of the generation who advocated for Title IX, who were the first beneficiaries of it, see that and Roe v. Wade as inextricably linked and I think it’s really important to remember that.”

Organizations including the WNBA have addressed this decision publicly. The league issued a statement on social media that read, “The WNBA firmly believes people have the right to make their own personal decisions regarding their health. We stand in solidarity with those who fear for the repercussions of the Supreme Court decision today and remain committed to our 2022 WNBA season focus on civic engagement.”

Also, some of the league’s players have spoken out. Phoenix Mercury forward Brianna Turner suggested that the decision was made by nine people instead of millions of U.S. citizens.

The NCAA has not comment publicly, and few collegiate athletes or programs have expressed their opinion. One that did was Texas swimmer and Olympian Erica Sullivan, who tweeted, “Since I’m meeting the president tomorrow, do I ask why he didn’t pack the court so Roe v Wade couldn’t get overturned.”

Another issue that could arise is where to hold large sporting events. For instance, the NBA planned to have the 2017 All-Star weekend in Charlotte, North Carolina, but moved it when the state passed a bill that limited the rights of LGTBQ+ communities. The NCAA opted not to hold events there until they decided to not impose that law.

This year, the Women’s College World Series took place in Oklahoma, and it was treated as a celebration of women’s sports. However, with the recent ruling, it might be difficult for some to appreciate the celebration in a state like Oklahoma, which has a full ban already.

“I think Oklahoma is gonna have to address how they treat women, if they want to continue to having to be able to celebrate women in their state, in softball,” Perham said. “So yeah, I think it seems a little bit hypocritical.”

Interactive maps: Find Tucson-area pools to cool down at this summer | recreation

Three Things to Know About Insurance Coverage for Abortion