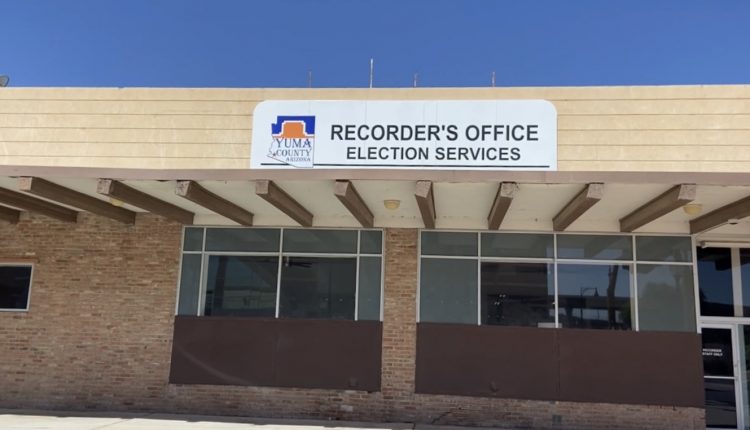 YUMA, Ariz. (KYMA, KECY) – At Wednesday mornings Yuma County Board of Supervisors meeting, the board discussed their plan to fill the roll of the Yuma County Recorder.

After nearly 14 years as the County Recorder, Robyn Stallworth Pouquette announced her resignation from this elected position as she will be moving into another county position, Risk Management Specialist.

Stallworth Pouquette’s resignation was effective July 18th, less than one month before the Arizona Primary Election.

The Board of Supervisors say there are six applicants so far, and they will be holding interviews with them later this week in order to fill the role by the 18th.