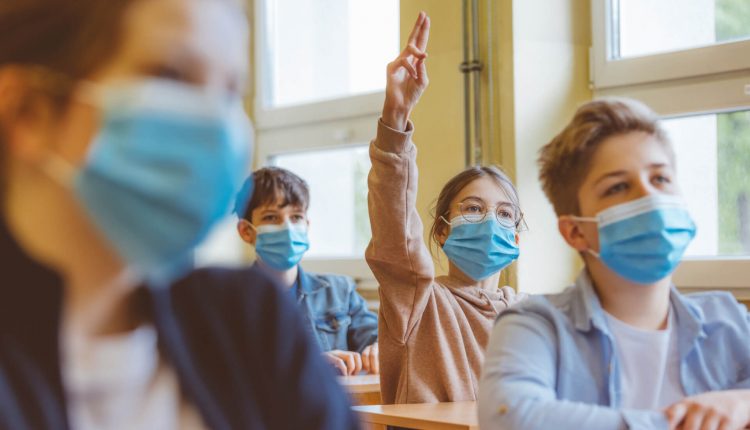 A Maricopa County judge struck down a ban on public schools imposing face mask mandates and a host of other policy changes that lawmakers inserted into the state budget, and with them, may have forced a fundamental change in the way the legislature does business when it passes its annual budget each year.

The ruling comes two days before the mask mandate prohibition and various other changes to state law were to go into effect.

Along with the ban on face mask mandates, the ruling strikes down several other laws pertaining to COVID-19 mitigation measures and the operation of public schools. That includes laws banning “critical race theory” in K-12 schools, barring colleges and universities from requiring COVID-19 vaccinations or testing of students, prohibiting K-12 schools from requiring students to receive vaccines that have received emergency authorization from the U.S. Food and Drug Administration, and barring cities and counties from requiring “vaccine passports.”

The lawsuit, filed by a coalition of left-leaning advocacy groups and Democratic political figures, argued that several budget bills passed by the legislature in the waning days of the 2021 session violated a provision of the Arizona Constitution known as the single-subject rule. That provision mandates that bills passed by the legislature embrace “one general subject,” and that that subject be clear in the title of the bill.

The laws that Cooper struck down were all included in budget reconciliation bills, which are pieces of legislation, usually covering broad subjects such as K-12 education, health, public safety and revenue, that implement the annual state budget. Those bills, often known by the shorthand BRBs, have long been used as a vehicle by lawmakers to include various policies in the budget each year.

Cooper ruled that the face mask ban and several other COVID-related measures, along with the critical race theory ban, that were in the K-12, higher education and health violated the provision of the single-subject rule that prohibits misleading titles on legislation.

And as for the “budget procedures” legislation that included the election, vaccine passport and other disputed laws, Cooper wrote that the entire bill is null and void.

The state’s rationale for including those laws in the budget bills would redefine the term “single subject” to mean essentially anything it wanted, Cooper wrote.

“Going forward, the Legislature could add any policy or regulatory provision to a BRB, regardless of whether the measure was necessary to implement the budget, without notice to the public. The State’s idea of ‘subject’ is not and cannot be the law,” she said.

It’s unclear whether the state will appeal the ruling before new laws go into effect on Sept. 29. An attorney representing the state could not immediately be reached for comment.