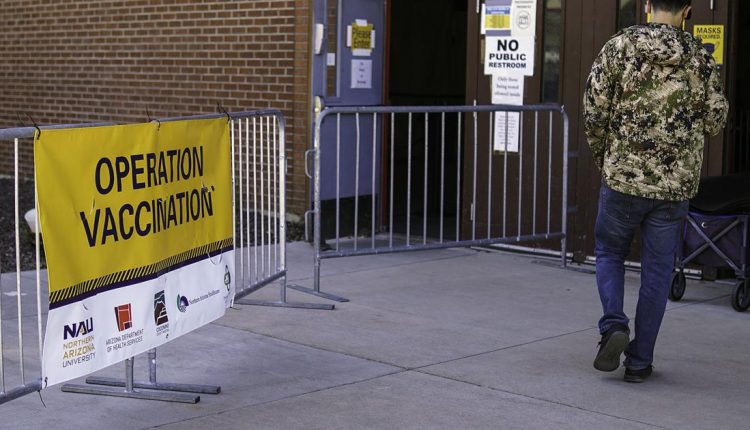 COVID-19 metrics were a mixed bag for the week ending May 7, according to the latest dashboard report from Coconino County Health and Human Services (CCHHS).

While the county is still at a low community level and the number of new cases fell, percent positivity, COVID-like illness (CLI) and the two community level indicators all rose.

Coconino County reported 2.8 new COVID admissions per 100,000 residents (double the previous week’s rate of 1.4) and 2.7% of staffed in-patient beds occupied by COVID patients for the week (the previous rate was 1.3%). The rising figures, however, are still below the medium level thresholds of 10 per 100,000 and 10%, respectively.

Four people were hospitalized with COVID for the week, the same as the previous week. The incidence of CLI illness in county hospitals rose to 3.7%, after two weeks at a rate of 3.2%, and one COVID death was reported for the week compared to zero the prior week.

The county’s case rate fell after three consecutive weeks of rising rates, to 89 per 100,000 from 112.8 the week before. The threshold for adjusted community indicator levels is 200 per 100,000. The number of new cases reported for both weeks (127 this week, 161 the week before) is above the two-year average of cases throughout the pandemic so far (119 and 89, respectively).

Percent positivity continued to rise for the fifth week in a row. A total of 9.6% of the 1,595 tests conducted in the county this week had positive results, from 8.7% of 2,155 tests the week before.

A new omicron subvariant, BA.2.12.1, has been increasing in prevalence in both Coconino County and Arizona. TGen’s Arizona COVID Sequencing Dashboard first reported it in the county the week ending April 23.

This is similar to Arizona as a whole, with BA.2.12.1 accounting for a growing percentage of genomes sequenced throughout April and BA.2 making up the majority of others. Unlike Coconino County, however, the state reports a small percentage (less than 10%) of genomes being of the BA.1 and BA.4 subvariants.

Boosters continue to make up the majority of COVID vaccines administered in Coconino County. The dashboard data reports 59% of its eligible population as being fully vaccinated, 51.7% of whom have received an additional dose.

The Northern Arizona University Fieldhouse’s last day of operation will be Saturday. Other vaccination and testing locations can be found at coconino.az.gov/2294/COVID-19-Information.

Sign up now to get the most recent coronavirus headlines and other important local and national news sent to your email inbox daily.