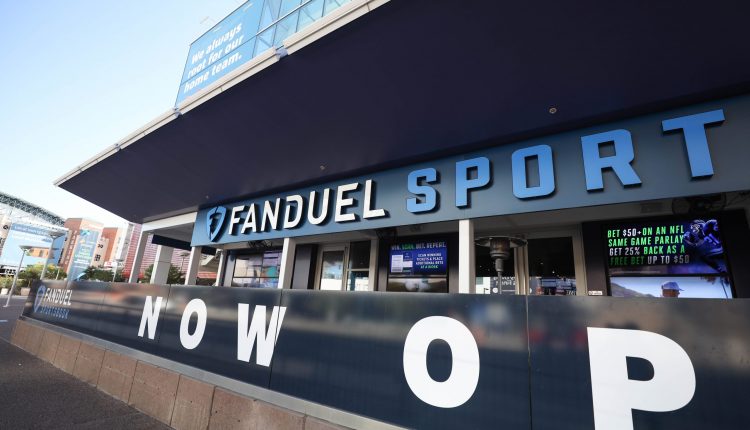 Julián said he finds people from the Hispanic community see the meetings as a way to overlook their struggle amid economic insecurity and societal battles.

“I think it’s something in the brain that predisposes a person to become a compulsive gambler, [it] doesn’t mean they have to,” Julián said. “But under the right circumstances, they can use that as an escape. You know, and a lot of people that’s what I find out is special in the Hispanic community. It’s to escape from reality that they don’t like.”

Lia Nower, a professor and director of the Center for Gambling Studies at Rutgers University, says Julián’s wisdom and sentiments aren’t off base.

“In our studies, individuals who identified as Hispanic/Latino report higher rates of high-risk gambling than other groups — about twice the rates of non-Hispanic whites,” she said. “They also tend to gamble more frequently, report more substance use, and gamble more online or both online and in land-based venues than non-Hispanics.”

Additionally, Nower agrees gambling can be used as a way for people to cope with stress and as a means of escaping unpleasant moods like depression or anxiety.

“[Cope gambling] leads to more and more gambling and the development of illogical thoughts that delude the person into thinking they can somehow control random chance,” she said. “The more they gamble, the more they lose, and that eventually leads to problem gambling.”

In Arnold’s case, he was introduced to a bookie in college by his fraternity friends. Surrounded by alcohol and a mutual appreciation of sports, it quickly became part of his culture. However, unlike his frat buddies, he developed an issue.

According to ASU’s Global Sport Institute, event wagering is often introduced by friends or family to participants at a whopping 37% rate, second only to TV commercials.

“Most of my friends just bet on football and basketball and that’s it,” Arnold said, recalling his problem gambling. “But I would be betting on Russian hockey or, you know, European ping pong and all this shit. I wasn’t even watching it. It was just like blindly gambling.”

A 2010 study suggests that in a pre-mobile betting scene, frat-affiliated male students had a much higher rate of problem gambling (14.8%) compared to males who were not affiliated with the organizations (5.4%). The study implies the impact of peer pressure and a facilitating environment can amplify problem behaviors.

“With the rise in mobile gambling, one concern is the ability for people to gamble in drinking establishments, such as groups of friends betting on a match,” said Luke Clark, a professor and director of the University of British Columbia’s Centre for Gambling Research. “A lot of experimental research confirms how alcohol can reduce self-control and inhibition, and may also make gamblers less sensitive to negative feedback of losing.”

According to the Arizona Division of Problem Gaming, the state does not have measures to understand the effects of legalization. Care is wholesale outsourced, making health outcomes unmeasured and opaque.

Despite laws to prohibit alcohol or tobacco distributors from targeting people, nothing exists to curb gambling’s appeal. Since the U.S. Supreme Court legalized event wagering in 2018, an explosion of legalization has not brought regulations.

According to Jake Martin, a legal researcher for the Allan “Bud” Selig Master of Sports Law and Business Program at Arizona State University, national wager groups could use private consumer data to target an exploitable demographic.

“Arizona does not currently have a comprehensive privacy statute,” he said. “As such, the individual corporations appear to have ‘unregulated access’ to the data inputted. Companies would only be limited by the terms and conditions and privacy policies of the individual platforms.”

Max Hartgraves, spokesperson at the Arizona Department of Gaming, says the companies don’t have contractual obligations.

Arizona has made at least $12 million in revenue from $1.2 billion wagered on sports bets since legalization. In a note supporting House Bill 2772, the 2021 event wagering law, government analysts projected the annual revenue from sports betting to reach $15.2 million by 2024.

“Twelve million is a drop in the bucket,” said Jeff Derevensky, a professor and the director of the International Centre for Youth Gambling Problems and High-Risk Behaviors at McGill University. “These guys are going to make a ton more money — just give it a little while. You’re walking around with a casino in your pocket.”

Despite Arnold’s struggle, he has seen support from his friends. They are aware of his addiction and his participation in GA. Gone are the days when people are treated as pariahs for needing help with a mental health issue.

With nearly all major league teams looking at attaching a team-associated sportsbook to their revenue stream and with lawmakers conspiring to bring it to the masses, Rose still has not been given any reprieve.

Arnold, like Rose, is resigned to a life without his love and may have a lifetime to realize it.

A Jaunt in the Bigelows