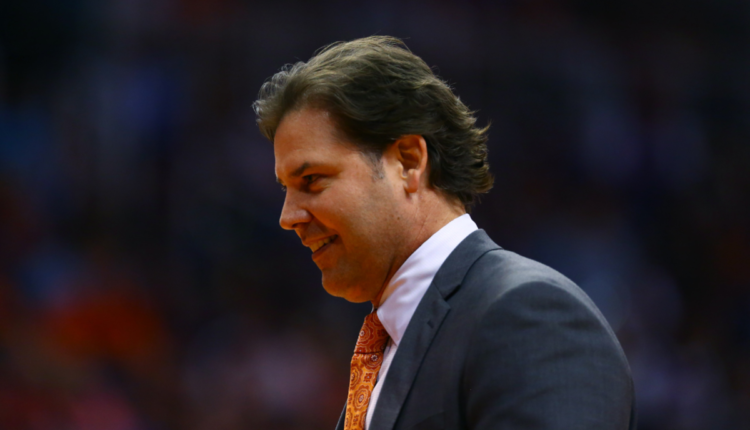 The hope was for the Phoenix Suns to have moved far past the Robert Sarver situation, burying that deep into the ground with a sale of new ownership that could help the organization move forward.

Unfortunately, the amount of wrongdoing through Sarver’s tenure will take much longer to truly unwind and rid itself from the walls in Phoenix.

Despite Sarver’s absence and current preparations to sell the team, there are still some in charge that not only stem from his reign but also help keep that culture intact.

NBA insider Baxter Holmes, who initially broke news of the investigation last year, recently published another piece on ESPN that revealed, in the words of one Suns employee, “Some of the same toxic people that caused the problems are still here and have not been fired. That’s a huge problem. The abusers continue to work under our roof.”

It’s quite a long piece that details multiple points throughout, and if time permits, it’s highly encouraged you read the entire article to get a true grasp of things.

“I went into therapy because of [the trickle-down effect],” one former executive said on Sarver’s people still being in positions of power.

“Robert [Sarver] could say that he didn’t know what was going on, but Jason [Rowley] can’t say that,” one employee said. “It’s too small of a company, and he’s been there too long.”

“There’s a lot of people in leadership that have been there for 10-15 years that are contributing to the problem,” one current employee said. “They’re not good people. That’s what it comes down to. They don’t care about anyone but themselves.”

“The work is not complete,” another current employee said. “There are still senior executives who are currently on staff that have helped to foster this toxic workplace for the last 15-plus years with no culpability for their actions.”

Devin Booker Out vs Lakers

‘Every city in this country should be concerned’: Yuma mayor