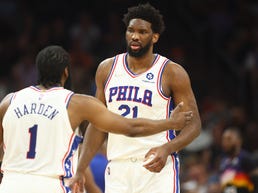 Prospect Jordan Lawlar was placed on the Low-A Visalia injured list with a back injury, and the Diamondbacks brought their well-regarded shortstop to Phoenix to be evaluated on Thursday.

Diamondbacks farm director Josh Barfield said Lawlar has “mid back soreness.” Barfield said he was not sure how the injury occurred. Lawlar underwent imaging on Thursday and was scheduled to meet with Diamondback’s team physician Dr. Gary Waslewski on Friday, Barfield said.

Lawlar, the sixth overall pick in last year’s draft, was off to an incredible start to his first full season as a pro, hitting .352/.461/.600 with seven homers and 18 steals through 33 games.

He had been opening eyes with his play in the early weeks of the season, impressing both Diamondbacks officials and rival scouts.

This is Lawlar’s second stint on the injured list in his professional career. Shortly after signing out of the draft last year, he suffered a shoulder injury in the rookie-level Arizona Complex League. He underwent surgery to repair a torn labrum.