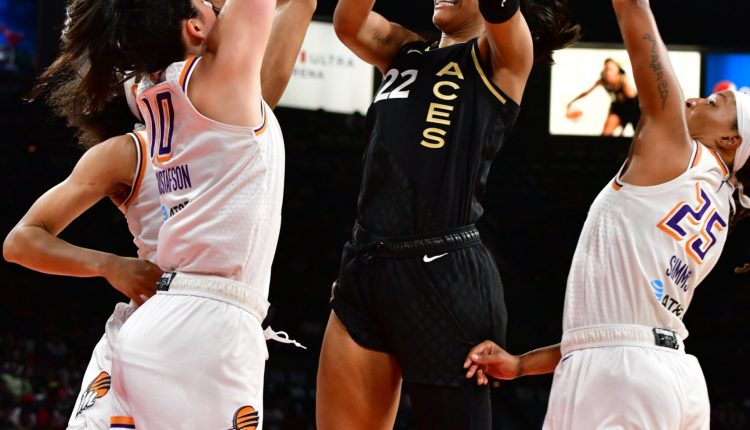 It’s Sunday. Welcome to The Next’s Daily Briefing, featuring the daily Watch List and Yesterday’s Recap. Day four of the WNBA postseason is here, following yesterday’s back-to-back blowout losses for the New York Liberty and Phoenix Mercury. Two 35+ point wins have never occurred in a single day of WNBA playoff basketball until Saturday, per Across the Timeline. Because of New York’s gritty win over Chicago on Wednesday, they will have one more shot against the sky on Tuesday at 9 pm For the Phoenix Mercury, however, their season has finally come to a close. It’s hard to say whether there’s ever been another WNBA team to have such a roller coaster of a season. Mercury forward Brianna Turner took to Twitter to express what the closing moments meant to her:

Finishing the season without several key players is not what I ever expected. It’s crazy how life throws curves your way & you just have to find a way to adjust. This season was one for the books for all the wrong reasons. I am depleted, but thankful for all the fans

And Mercury wing Diamond DeShields tweeted what I hope every Phoenix player is doing in the coming months after everything this team has dealt with:

While the future of the Phoenix Mercury is uncertain, especially as they retain just Turner and DeShields (and … well, Skylar Diggins-Smith) on contracts for next season, one certainty I can offer is that The Next will bring you up-to- date coverage every step of the way.

The Next: A basketball newsroom brought to you by The IX. 24/7/365 women’s basketball coverage, written, edited and photographed by our young, diverse staff and dedicated to breaking news, analysis, historical deep dives and projections about the game we love.

Subscribe to make sure this vital work, creating a pipeline of young, diverse media professionals to write, edit and photograph the great game, continues and grows. Subscriptions include some exclusive content, but the reason for subscriptions is a simple one: making sure our writers and editors creating 24/7/365 women’s basketball coverage get paid to do it.

#2 Chicago beats #7 New York, 100–62, to tie the series 1–1. Chicago took a quick 7-2 run in the opening minutes and by the end of the first quarter had built a 21-point lead. New York would never lead, as the sky held them to under 20 points in every quarter. Chicago would lead by as much as 42 at one point, and the 38-point win is the most in WNBA playoff history, per Across the Timeline. Overall, the Sky shot 18 percentage points better from three than the Liberty and went 14-for-14 from the foul line. Chicago also out-rebounded New York by 17 and grabbed seven more steals, while holding it down in the post, scoring 60 paint points to New York’s 24.

Chicago was led by wing Kahleah Copper’s 20 points on 8-for-16 shooting (2–3 3pt), three rebounds and three steals. Point guard Courtney Vandersloot notched 16 points on 7-for-10 from the field (1-3 3pt), nine rebounds, four assists and three steals. Big Candace Parker logged a double-double with 12 points on 5-for-10 shooting and 12 rebounds, along with four assists and two blocks. Big Azura Stevens came off the bench to log 14 points on 7-for-13 from the field, four rebounds and two steals on five fouls.

#1 Las Vegas beat #8 Phoenix, 117-80, to win the series 2-0. The Aces led early, jumping out to a 10-point lead by the mid-first, but by the end of the quarter, the Mercury had managed to cut the lead to three. In the opening minutes of the second quarter, however, the Aces took a 16–4 run and began to build a lead, which would balloon to as much as 41. From that point on, Phoenix would never lead as Las Vegas sprinted to the finish line, eliminating the Mercury from the playoffs. Overall, Las Vegas shot 64.1 percent from the field, 63.9 percent from three, and 85 percent from the foul line, becoming the first team in WNBA history to do so in any game, per Across the Timeline. The Aces’ 23 made three pointers shattered the playoff single-game record, while having five players on their roster sink at least three from beyond the arc to set another WNBA record. Phoenix grabbed nine more offensive rebounds than Las Vegas, while the Aces had three more steals.

Point guard Chelsea Gray led the aces and all scorers with 27 points on 9-for-11 shooting (7–8 3pts), eight assists, three rebounds and two blocks. Gray becomes the second player to have at least five assists and at least seven made three pointers in a single post-season game, per Across the Timeline. Point guard Kelsey Plum notched 22 points on 6-for-10 from the field (4-6 3pts, 6-6 FT), four rebounds and three assists. Center A’ja Wilson had 17 points on 7-for-9 shooting (1-2 3pts, 2-3 FT), four rebounds and six assists. In 12 minutes off the bench for the aces, off-ball guard Kierstan Bell contributed 11 points on 4-for-5 from the field (3–4 3pts) and four rebounds.

Join the staff of The Next to watch the WNBA playoffs

Users can sign up to join our Playback for free and watch along with a cable, streaming or WNBA League Pass login.

Bookmark this page and mark your calendars for our next games!

Aug 21 – Playoff Watch Party – Join Natalie Heavren and Isabel Rodrigues at noon ET for Dallas at Connecticut and at 4 pm ET for Washington at Seattle!

EVERY SINGLE PLAYOFF GAME WITH THE NEXT, right at that bookmarked page!