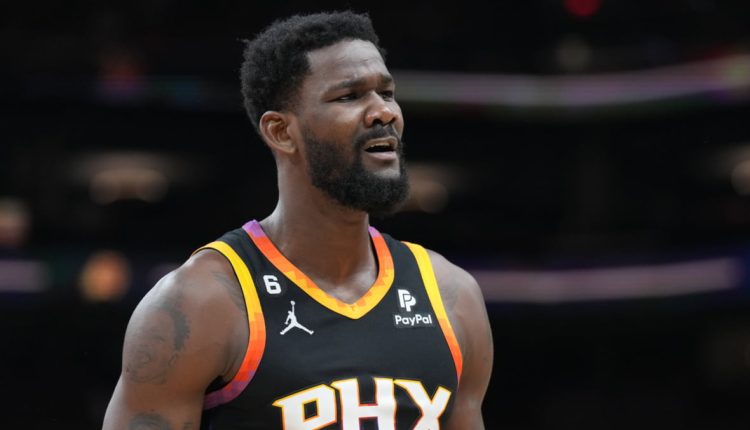 The Phoenix Suns have stayed strong despite missing two starting players Chris Paul and Cameron Johnson. When reports of their injuries became known, fans thought Deandre Ayton would strive to help the team, but that has not been the case at all.

Luckily for the Suns, they have not endured a losing streak and have stayed near the top of the Pacific division this season. Since Paul’s injury, Devin Booker has done most of the scoring and facilitating by himself. Averaging over 27 points and 6.6 assists in eight games. With their recent win against the Detroit Pistons, Phoenix improved to 12-6. Making them the first seed in the Western Conference.

According to Sun’s general manager James Jones, the organization is optimistic that Paul and Johnson will be back in the lineup soon.

“I don’t know when they’ll be back… but they’re progressing in the right direction… Hopefully, we can get them back this weekend, that would be great. If not, for the sake of certainty, we’re going to keep those guys out and let the guys know who are in the rotation that they’ll have to hold it down longer.”

With three players — including Landry Shamet — on the bench due to injuries, Ayton should have taken the opportunity to increase his production on the floor. Yet that has not been the case. Let’s explain.

Ayton has not delivered as Phoenix Suns’ secondary scorer 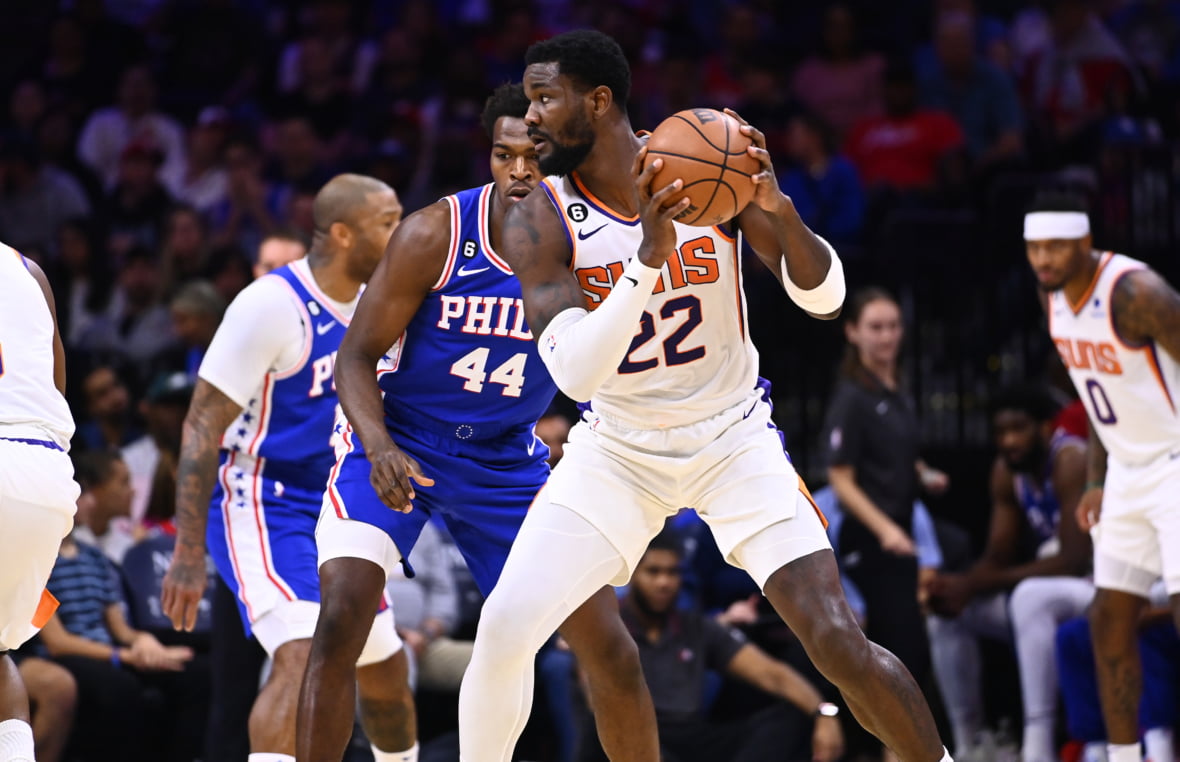 Before the injury to Paul, Ayton was already playing mediocre basketball. The Bahamian big man averaged 15.3 points, 7.8 rebounds, 1.5 assists, and 57% of his shots. For a starting center with a massive new contract and on a team trying to contend, the former number-one pick’s performance isn’t impressive.

After the injury to CP3, the Suns’ center didn’t grab the opportunity to help Booker with the scoring load. Instead, guys like Cameron Payne, Mikal Bridges, and Damion Lee were the ones who stepped up, and it’s made Ayton look bad in the process. 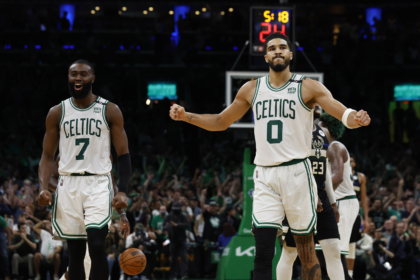 In the eight-game stretch of Paul’s absence, Deandre Ayton is averaging 15.6 points, 9.8 rebounds, and 2.8 assists. The big man has been shooting over 59% from the field and hasn’t made a three-pointer. Comparing his stats from when CP3 was healthy, it isn’t far off.

During a recent clash against the Los Angeles Lakers, Anthony Davis outplayed him in every possible way. The Brow had 37 points, 21 rebounds, five steals, and five blocks while shooting 64.7% from the field. Davis overpowered Ayton in every 50-50 ball. The Suns’ center looked pathetic while playing against AD, as he only had 14 points and 15 rebounds. Although Phoenix won against Los Angeles, it should’ve been an easy one if only Ayton played harder.

Ayton has been passive in rebounding the ball 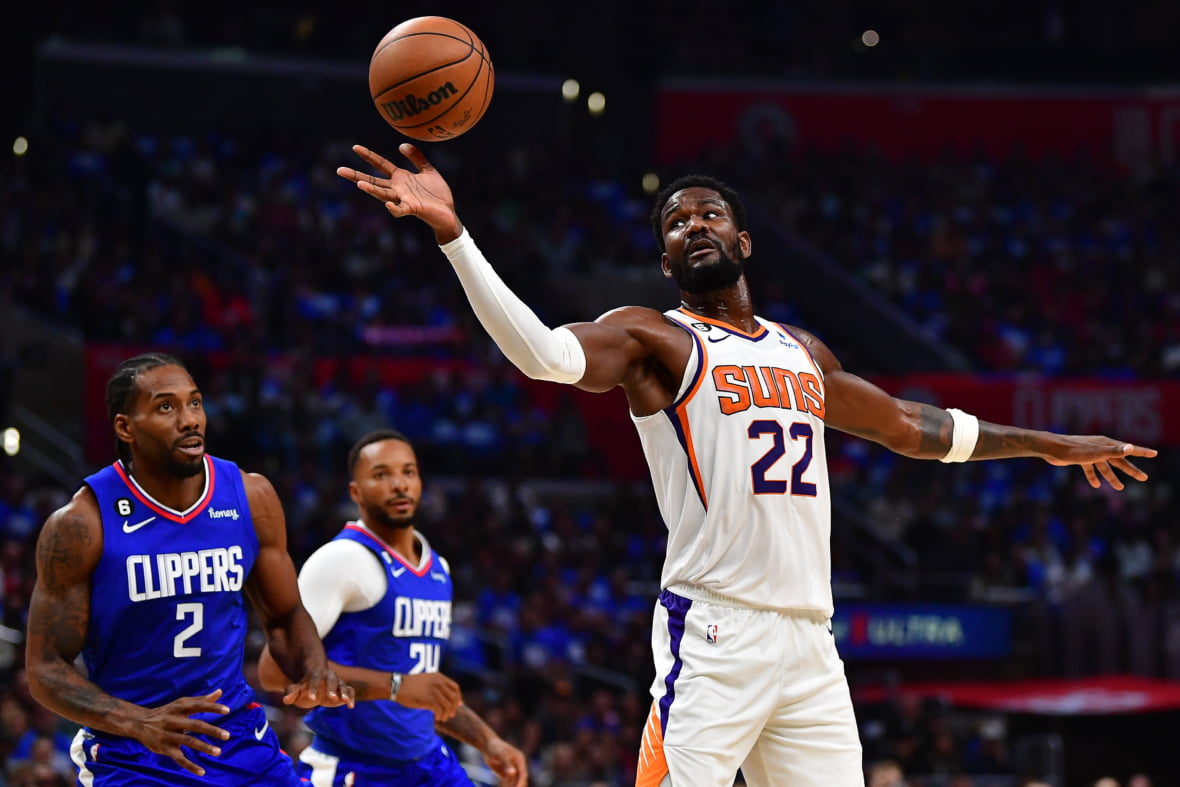 During his first four seasons in the NBA, Ayton averaged almost ten rebounds per game. This season, he looks a bit tired in fighting for the boards, as he’s only averaging 8.5. We all know he’s not a physical player, however, with plenty of guys on the sidelines, the Suns big should show more assertiveness in getting rebounds.

This season, the Bahamian center has had more games where he only registered single digits in rebounding. This includes a game where he had five rebounds against the Orlando Magic back on November 11. He played for more than 25 minutes at the time. Phoenix could’ve used more aggression in crashing the boards from Ayton as the Magic won the battle on the boards. 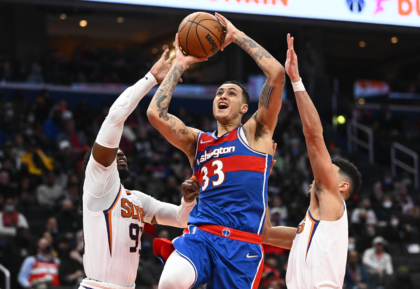 The game ended with the Suns having 38 team rebounds, while the Magic overpowered them with 50 team rebounds. The team could’ve won the game if only they controlled the boards.

Deandre Ayton’s defense is regressing instead of improving 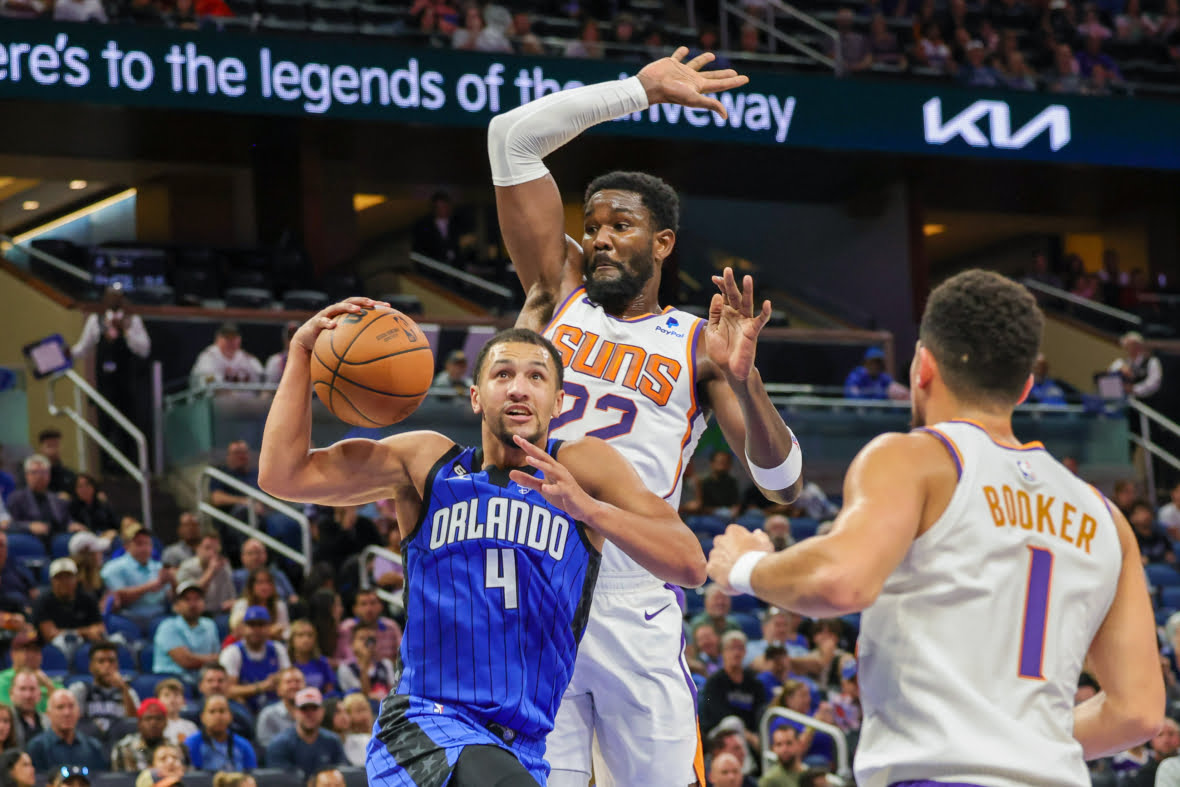 Even before getting drafted into the NBA, it was already a fact that Deandre Ayton isn’t a great interior defender. It’s not that he’s extremely horrible, but his defense doesn’t catch the attention of fans and the media. During his first four years in the league, his defense has gone through ups and downs.

Before even playing his first official NBA game, he drew comparisons to Philadelphia 76ers center Joel Embiid. Of course, Embiid didn’t like that and responded on Twitter saying his defense separates him from the former University of Arizona center. Which, in hindsight, the Cameroonian center was right. Offensively, Ayton was skilled like him, but not to the point of running the entire offense around him.

Based on his blocks this season, Deandre Ayton is averaging half a block per game. As the only true big man in the starting lineup, he’s supposed to be the first line of defense for the Suns. But, whenever the perimeter players get beat off the dribble, Deandre doesn’t try and challenge shots. Most of the time, the 24-year-old center watches shots fly over him as he stands underneath the basket. 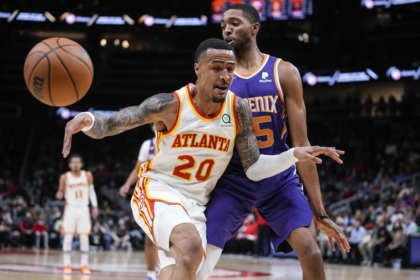 Last season, he was only blocking 0.7 shots during the entire season. Many thought it wouldn’t drop lower than that, but it did. Ayton’s only blocking 0.6 shots in his first 15 games of the 2022-23 campaign.

The Phoenix Suns’ big man needs to take leaps forward this year. Paul is slowly hitting a decline in his production, and Johnson’s injury has him out of the lineup for months. Booker needs more help this season than any other, and the only player capable of that is Deandre Ayton. Plus, it’s now a necessity as one of the team’s highest-paid players