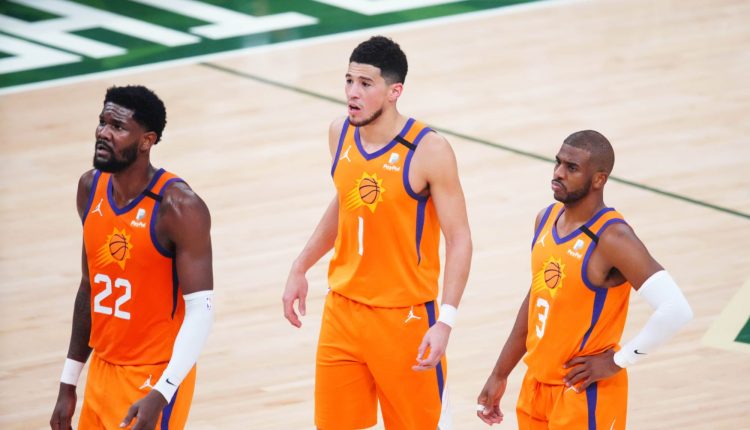 Just a season ago, the Phoenix Suns made their first finals appearance in almost 30 years. It seemed as if head coach Monty Williams had solved the puzzle of making a deep playoff run. After losing in the second round just a year later, it is safe to say that the Suns may have lost their footing in the stacked Western Conference. With a former Coach of the Year leading the way, and one of the most productive starting fives in the NBA, what could possibly go wrong?

With notable players like Chris Paul, Devin Booker, and Mikal Bridges, the Phoenix Suns are near flawless on both ends of the floor. One player whose contributions are highly valued is Deandre Ayton. Without Ayton, the Phoenix Suns have no chance of competing with the top teams in the Western Conference.

Furthermore, the former first overall pick has yet to exceed expectations. Although Ayton recently signed a four-year, $133 million max contract, his contributions in the postseason have consistently come up short. When the spotlight shines, Ayton tends to back down, causing the Suns to miss their opportunities. This is the main reason why Williams’ team is unable to jump the hurdle and win the NBA finals.

Deandre Ayton could be considered as the X Factor for the Phoenix Suns.

The Phoenix Suns will need Deandre Ayton to be more aggressive if they want to have a chance at making another deep playoff run. It may come as a surprise that during his four seasons in the NBA, Ayton has not made any significant improvements to his game. With Paul running the floor, the game is fairly easy for Ayton. Last season, Ayton ranked third in the NBA in pick-and-roll points per game. Although this may seem impressive, Ayton will need to develop a game of his own if the Phoenix Suns are looking to win it all.

After Ayton’s rookie season in the NBA, it appeared as if the Phoenix Suns had found their missing piece. Ayton went on to improve in just about every statistic throughout his sophomore season. After such a promising year, his points per game dropped by 3.8 throughout his third season in the NBA. Questions began to arise on whether the Suns had made the right decision in selecting Ayton first overall.

After several sub-par performances in the 2021 NBA Finals, the Phoenix Suns were hesitant in offering Ayton a long-term max contract extension. Ayton had three games in the NBA finals where he shot 40% or less. Additionally, he also had three games where he scored 12 points or less. When battling on the biggest stage, Ayton was non-existent. This is what’s holding the Suns back from making history.

Financially, the Phoenix Suns do not have much room for another star-level talent. With Paul nearing the late stages of his career, the Suns are in a “win now” phase. As Javale Mcgee recently signed with the Dallas Mavericks, the Suns will be even more reluctant on Ayton’s contributions.

Since the Western Conference will be returning to full health next season, Ayton will have to give it his all if the suns are hoping to win their first-ever championship.

One Dead, One Injured after Pedestrian Accident on Interstate 10 [Tucson, AZ]