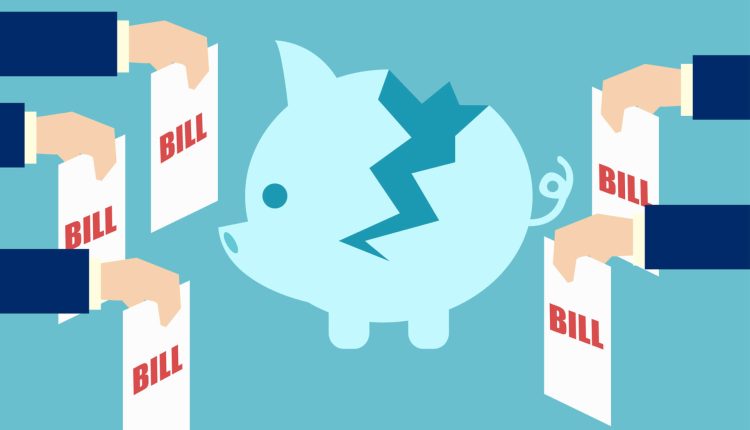 The lawsuit seeking to void voter-approved medical debt reforms in Proposition 209 should be rejected because it’s too vague and doesn’t sufficiently prove its claim that the new laws cause harm, said attorneys for the state and Healthcare Rising Arizona, which ran the ballot measure’s campaign.

Earlier this month, a group of debt collectors and lenders filed a challenge against Prop. 209, which became law on Dec. 5 after 72% of Arizonans voted for it during the midterm election. Among its protections is a reduction of the wage garnishment rate from 25% to 10%, and courts were given the power to lower that even further in cases of extreme economic hardship.

Attorneys for the Arizona Creditors Bar Association argued that the language of Prop. 209 is unclear when it comes to cases that were decided before Dec. 5 but continue to garnish after that date, potentially putting debt collectors at risk of financial and legal consequences. Because both the U.S. and state constitutions prohibit vagueness in criminal laws, Prop. 209 should be considered unconstitutional and thrown out, they said.

Attorney Brett Johnson pointed to a chain of emails between a personal injury attorney and various legal experts in which they debated which cases Prop. 209 applies to, as well as a statement on the Arizona Judicial Branch’s website that noted different judges could offer different interpretations as evidence that it’s too vague to understand.

Clearly, Johnson said, there is widespread confusion and the court has a duty to either scrap Prop. 209 entirely or clarify conflicting laws so that debt collectors know how to behave and every Arizonan understands their rights. There are 14,000 medical debt cases a year, he added, and they should be treated with uniformity under the law, not be left up to individual judicial opinions.

Attorney Brian Bergin, representing the State of Arizona, said that disagreement is not proof of unconstitutional vagueness and advised the court to wait until one of those 14,000 cases makes a complaint based on actual facts, not theoretical consequences.

“There’s room for the judicial process to work; for those actual cases and controversies to be presented and for those issues to be determined at a different time by a different court,” he said, during a hearing on Friday afternoon on whether or not to impose an injunction on Prop. 209 while litigation continues.

A provision in Prop. 209 denotes that its protections only apply prospectively, meaning after it became law on Dec. 5. It doesn’t make changes to contracts or written agreements entered into before Dec. 5, or in cases in which “the rights and duties matured” before that same date.

The latter clause is what is confusing, according to the lawsuit. It’s unclear what part of the multi-step process in a debt collection case must happen before Dec. 5 for a debt collector to be legally allowed to garnish wages.

“When a car accident has occurred, that’s a date,” explained Johnson. “After that period of time, (a debt collector) might get a judgment before Dec. 5, (they) might not. But let’s say (they) do. Now, post Dec. 5, (do they) actually go seek the garnishment or the order on the continuing lien: which applies? The pre-law or the post-209?”

Jim Barton, the attorney for Healthcare Rising Arizona, dismissed Johnson’s speculation as a transparent attempt to move the goalposts and allow debt collectors to benefit more than they should. The date of the car accident is obviously not when the rights of a debt collector can be enforced, he said. First, the blame has to be established and judgements against the person who will ultimately face medical debt have to be made by a court. Only then can a debt collector begin to service the debt.

“The idea of ‘matured’ means you can exercise it now,” he said. “The plaintiffs would like to move back the exception. They would like the exception to apply to a few more cases. That doesn’t mean our language about when it applies is vague and unenforceable.”

Maricopa Superior Court Judge John Blanchard did not say when he would rule on whether Prop. 209 should be blocked or if the case’s theoretical presumption of harm is a valid argument to move the lawsuit forward at all. For now, its effects are narrowly paused on cases in which the accidents happened before Dec. 5 but the debt has yet to be sent to collections, per a temporary restraining order granted last week.

A Montana Addiction Clinic Wants to Motivate People With Rewards. Then Came a Medicaid Fraud Probe.