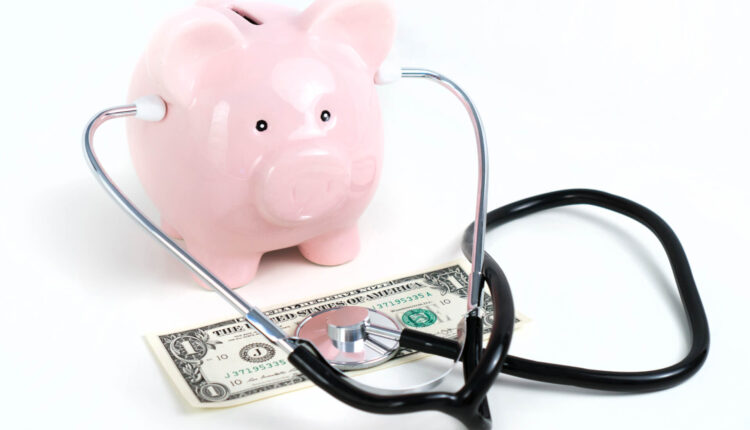 Last month, Arizonans voted to reform medical debt collection via Proposition 209, but that decision is now being challenged in court by lenders and debt collectors.

The proposition was passed by a 72% share of the 2.6 million votes cast in the Nov. 8 midterm election. Dubbed the “Predatory Debt Collection Act,” it promised to cut down on annual interest rates and the percentage of wages garnished from indebted Arizonans, as well as increase the value of assets, like homes and cars, that is protected from creditors.

Rodd McLeod, spokesperson for Healthcare Rising Arizona, which spearheaded the Prop. 209 campaign, said the arguments from the group, led by the Arizona Creditors Bar Association and Protect Our Arizona — created solely to oppose Prop. 209 — are a nonsense attempt to overrule the voices of Arizona voters.

“The people of Arizona have passed this overwhelmingly,” he said. “72% of our state voted that we should limit interest on medical debt and we should increase the protections for families that are going through that, so people don’t lose their homes because of an emergency. We think that predatory lenders should respect the will of the people.”

As of Dec. 5, when the statewide election results were certified, the changes approved by voters through Prop. 209 became law.

Under the old laws, up to 25% of wages could be siphoned away by creditors servicing a debt, but Prop. 209 reduced that to just 10%, and gave courts the option to lower it to 5% in cases of extreme economic hardship. The value of a home protected from collection was increased from $250,000 to $400,000 and the money in bank accounts safeguarded from seizure now totals $5,000, compared to just $300 before Prop. 209.

At issue, attorneys for debt collectors say, is when, exactly, the old laws governing garnishment should stop and when the protections of Prop. 209 should be respected. Garnishment, they argue, is a multi-step process guided by court orders and lawsuit filings. The actual collection of wages or other assets lies at the tail end of that process, forming the enforcement, or penalty phase. If a case was decided before Dec. 5, when Prop. 209 became the law of the land, but garnishment was carried out after that date: which set of laws applies?

Creditors are only allowed to seize non-exempt, or unprotected, assets and because Prop. 209 increases the amount of protected assets, understanding what can and cannot be collected is critical. Making mistakes and garnishing too much could force creditors to return to the beginning of the process to amend garnishment contracts or offer refunds.

A lack of clarity, attorneys claim, not only makes the process more difficult to navigate, but also leaves creditors open to financial and legal liability. The Fair Debt Collection Practices Act, among other consumer protections, threatens debt collectors with liability penalties of up to $500,000.

“Prop. 209 creates substantial confusion for creditors, debtors, garnishees, attorneys, courts, judges and anyone else involved with the debt collection process,” reads the brief. “Prop. 209’s ambiguities will result in those attempting to comply with it facing a wave of litigation.”

Jim Barton, the attorney for Healthcare Rising Arizona, said the lawsuit is just a disingenuous attempt to stall a set of protections that doesn’t benefit debt collectors.

“It’s not unclear, it’s crystal clear and these are predatory debt collectors who want to take people’s homes and this law makes it harder for them to do that,” he said. “They have a real incentive, millions of dollars of incentive to say that something is confusing when it isn’t.”

A section in Prop. 209, titled the “Savings Clause,” denotes that it doesn’t apply to contracts undertaken before Dec. 5.

Still, the lawsuit argues, that provision isn’t clear enough and because both the U.S. and state constitutions prohibit vagueness in criminal laws, the best solution would be to nullify Prop. 209 completely. Barring that, attorneys asked the court to rule, definitively, that it applies only to debt collection cases arising after Dec. 5 and not to any cases which were decided before that date but continued to collect assets afterwards.

Maricopa County Superior Court Judge John Blanchard issued a temporary restraining order which paused the changes implemented by Prop. 209 in select cases, but left it intact for the remainder of Arizonans who face medical debt collections after Dec. 5.

“If someone has an accident today, then the protections of Prop. 209 are in place,” McLeod explained. “But for the small sliver of cases where the cause of action – the accident or injury — took place before Dec. 5 but the billing hasn’t gone to collections yet, those are the cases that are affected by the temporary restraining order.”

Blanchard set an evidentiary hearing for next Friday in the lawsuit that seeks to void Prop. 209 entirely.