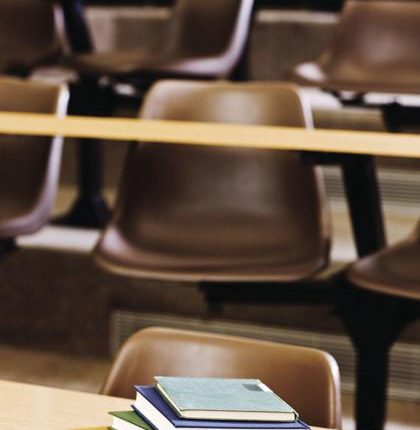 Declines in enrollment mean a weak crisis for school districts

The pandemic has turned school budgets across the state on its head with a combination of sharp falls in school enrollment and reduced state funding for online classes.

A rush of federal funding cushioned the blow this year, but the state hadn’t changed funding formulas per student – creating a potential budget crisis for the coming school year and beyond.

Overall, enrollment in K-12 schools has decreased by 4%, but the decrease varies dramatically from district to district. This is according to a study published by the Arizona School Boards Association based on state school enrollment data.

In Navajo County, the Blue Ridge District saw grades K-8 decrease 15% and grades 9-12 increased 3%. Meanwhile, Whiteriver County saw a 7% decrease in K-8 and a 12% decrease in grades 9-12. The county’s average decrease of 6% was about a third above the national average.

Some of the changes reflect the long-term decline in enrollments in many counties – particularly rural school districts that have not been part of the continued population growth of Maricopa and Pima counties.

However, charter schools across the state grew – many had fewer students, smaller classes, and a lack of large group activities that would allow them to more safely stay open to personal classes. Still, the 12,000 students gained by charter schools did not make up the 40,000 students lost to the district’s public schools.

Some of these missing students have attended private schools as they were not affected by state mandates for school closings and were still eligible for state and federal funding in the context of the pandemic.

“We don’t know how many went to private schools because we don’t have any data on private schools,” said Dr. Anabel Aportela, research director for the Arizona School Boards Association.

In addition, educators speculate that many parents – especially in elementary school classes – have switched to home schooling. Enrollment for K-8 decreased much more in most districts than in high school. This is ironic, as studies show that younger children are much less likely to get COVID, but are more likely to experience serious learning losses when switching to online courses.

“For the districts that lost registration before the pandemic, the pandemic may have accelerated the decline,” Aportela said. “For others, it has stopped their growth or vice versa.”

The state budget essentially blocks these declines in school enrollment when it comes to state funding for schools in the coming school year. The district can reclaim the funding when the students return – but this will take months after the district signs its staff contracts. If students don’t come, counties across the state are likely to face a budget crisis next year.

The combination of the sharp drop in enrollments and the 5% lower government funding for students in online classes has resulted in a record-breaking decline in public school funding, said Dr. Chuck Essigs, director of government relations for the Arizona Association of School Board Officials.

“I’ve never seen school budget cuts like the ones schools are experiencing this year,” said Dr. Vinegar. “The loss of funds due to the 5% reduction factor for distance students alone is over $ 250 million.”

Governor Doug Ducey had pledged to use the federal funds to help maintain general school funding levels during the pandemic, regardless of declining enrollments. Government payments fell far short of that promise this year, ignoring the cut in funding for online courses. The state’s school budget for the coming school year is making no attempt to cushion the impact of the decline in school enrollment that is expected to carry over to the next year.

In fact, the state parliament is considering a bill that would dramatically increase eligibility for tax finance vouchers for private school tuition under the Empowerment Scholarship Accounts program, which could cover these public school enrollment losses.

The decline in school enrollment in kindergarten was particularly pronounced.

Enrollment of pre-school children with disabilities – the only group of aged children the state will pay for – fell by 20%. These students could have great difficulty catching up next year.

The one category that saw a significant increase was students in full-time distance learning programs – for which districts receive a lower payment.

“The increase has been seen in both districts and charter schools, and it is not clear whether these students are expected to return to teaching in person at some point,” Aportela said.

Here are the winners and losers of this year’s enrollment based on district-by-district results.

Decline in enrollment by district