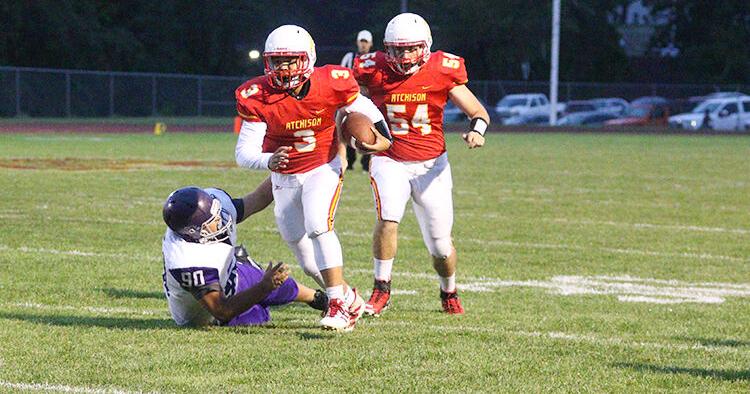 After an impressive 8-1 season, Atchison football will have the challenge of replacing one of the most crucial units on the field with four of its five starting offensive linemen for the 2022 season.

“Well, losing four starting offensive linemen is always huge,” head coach Jim Smith said. “We have a few kids we are really counting on, and we’re going to try to simplify stuff for them so they know their assignments and know who to block.”

Luckily for the Phoenix offensive linemen, they’ll be blocking for one of the better running backs in the state of Kansas in senior Jesse Greenly.

Atchison will be looking at a few other weapons to make their presence known this season like running back Sean Noll and wide receiver Adam Holt.

Junior Trey Carter will begin the season as the starting quarterback after taking a majority of the snaps last season. Senior Jeter Purdy could also see some time at the quarterback position but is expected to see most of his time at the receiver.

“Both of them are very good athletes and very vital to our team,” Smith said.

Smith said he was impressed with how Carter looked throughout the summer and the improvements he has looked to make.

“He’s going to have to read the defense better, and he’s worked hard this summer,” Smith said. “We went to a few 7-7 competitions, and he did a tremendous job and we’re going to be a more up-tempo offense this year so hopefully he can be that leader out there for us at the quarterback position.”

The defensive side of the ball should be a strength for the Phoenix with eight starters returning this season.

Smith said the middle of their defense in particular should be a strength with returners like LaVonte’ McGowan, Jaden Carter, Ethan Watson, and Landon Bell.

“The middle of our defense will be very good,” Smith said, “We’re not huge by any means, but our kids are quick off the ball, and linebackers see the ball very well. I look for the defense to be the foundation of our team.”

Smith his team is plenty motivated to have the success they had last season, and the hours put into working in the offseason is the proof.

“That’s shown by the number of kids we had in the weight room over the summer,” Smith said. “We really had a good turnout.”