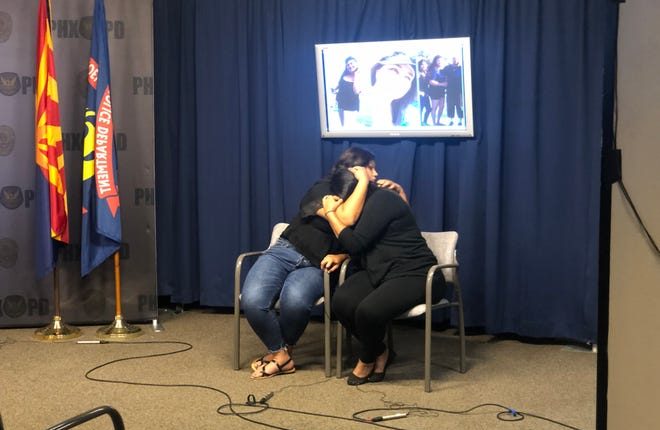 The man accused of running over and killing 42-year-old Jeannie Montoya with a box truck in west Phoenix in October 2021 has been arrested in Texas.

On the day of the accident, Oct. 23, 2021, an off-duty officer saw a box truck traveling along Palm Lane, attempting to turn south on 59th Avenue, according to Phoenix police. Montoya tried to get out of the truck, but as she began to step out, the truck continued moving, causing her to fall to the ground. She was then run over by the truck.

Previous coverage:Woman dies after hit-and-run near 59th Avenue and Palm Lane in Phoenix

The off-duty officer stopped to help Montoya and Pore stopped the truck and approached the officer who identified himself. Pore ​​got back in the truck and fled, according to police. The truck was found, but Pore was not.

Montoya was pronounced dead on scene.

Stephanie Montoya and Virginia Aranda, sisters of Montoya, confirmed that she was in a relationship with Pore at the time, during a November briefing at the Phoenix Police Department.

Phoenix police didn’t know what led up to it or if it was an intentional act; however, Arizona law requires a person to remain on the scene of an injury collision.

“This has taken out a big chunk of us and who we are,” Stephanie Montoya said in November.