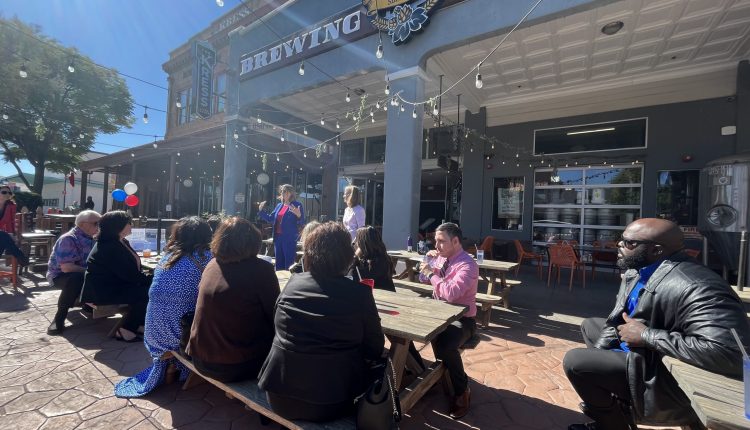 Democratic midterm candidates campaign in Yuma ahead of election day

Mayes says one of her top concerns this election is the territorial abortion ban currently being pushed by Arizona’s current Attorney General.

“When I am the attorney general, we will never prosecute a doctor, nurse, pharmacist, a midwife, a woman, for abortion,” Mayes said.

Mayes adds another one of her top priorities will be protecting Arizona’s water.

“The State Land Department has allowed for the leasing of state trust land to a Saudi-owned corporation, and we’re not charging the Saudi’s a dime,” Mayes said.

Water is also top of mind for Lauren Kuby, running for one of two seats on the Arizona Corporation Commission which overseas state utilities.

“We see an enormous saving in water use because solar use is only 1-2% of the water needed for fossil fuel generation,” Kuby says.

Early in-person voting ends as of 5 pm Friday but voters with an early ballot can turn it into a ballot drop box or in person to the Yuma County Recorder’s Office between now and election day.

Phoenix: ‘Every political cycle France has an existential crisis’ | Phoenix