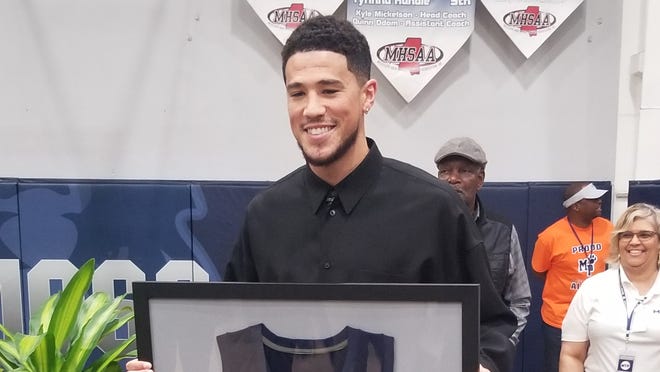 He sounded like someone who wanted to play afterwards.

“I don’t want to miss any games,” Booker said.

The Suns All-Star has been upgraded from questionable to available for Thursday’s game against the Clippers at Crypto.com Arena. Booker has missed Phoenix’s last two games with left hamstring tightness he experienced during Friday’s loss at New Orleans.

Ayton was downgraded from questionable to out. The Suns missed big two games earlier this season with a left ankle sprain while left foot soreness sidelined Payne for two games.

Luke Kennard (right calf soreness) and Ivica Zubac (left knee contusion) are listed as questionable as this will be a second of a back-to-back for the Clippers, who beat Minnesota at home Wednesday night.

Leonard, George, Kennard and Zubac played in the 99-88 win.

The Suns have not.

Losers of a season-high five straight games and six of its last seven, Phoenix (16-12) is still without Cam Johnson (knee) and Duane Washington Jr. (hip).

The Suns haven’t had Jae Crowder all season as the two “mutually agreed” he wouldn’t attend training camp. The team has been trying to trade Crowder, who started all 80 games he played last season counting playoffs.

The Suns won a franchise-best 64 games in the 2021-22 regular season in earning the top overall seed in the playoffs. Dallas eliminated them in seven games in the Western Conference semifinals.