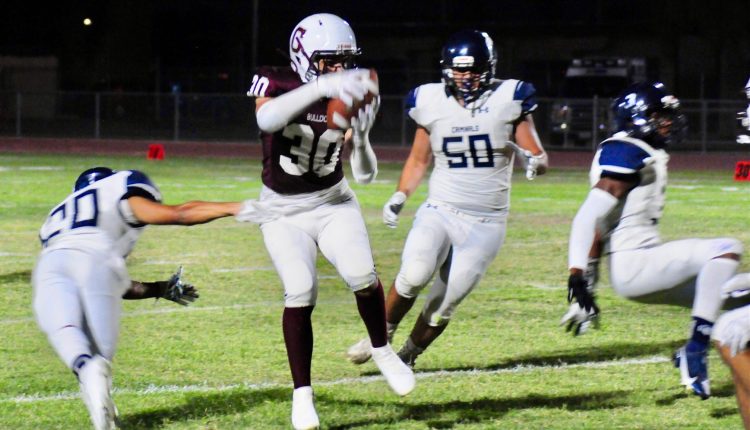 CALEXICO – Despite a handful of sales and costly penalties, the Calexico High School football team clinched another victory when they visited Yuma High School, 21-12 years old, at Ward Field on Friday, September 10th. The win marks the Bulldogs’ third win in a row and improves their record to 3-1 that season.

“I’m glad your hard work is paying off,” said Calexico sophomore coach Fernando Solano. “We are still so far removed from our goal and our potential.”

Calexico’s potential showed against Yuma with a tough run from Junior Zeus Pradis, who scored two touchdowns. His first was an 18-yard rush into the end zone with 49 seconds to go in the first quarter. Lorenzo Rodriguez scored the extra point with a 3v3 for the night to give Calexico a 7-0 lead.

The game was plagued by both teams losing the ball.

In a fiddly sequence, the Bulldogs kept the Criminals fourth and 1 at the Calexico 8-yard line. The Bullodgs could not do anything offensively and had to punt, but Yuma fumbled the punt and handed it to Calexico. The Bulldogs fumbled on the next turn and returned the ball to Yuma.

Calexico High School junior David Rivera speeds past the Yuma High defense during an out of league game at Ward Field in Calexico on Friday, September 10. | MARIO RENTERIA PHOTO

“Lots of sales, lots of mistakes,” said Solano. “We should have taken the game out (out of Yuma’s reach) in the fourth quarter.”

Yuma scored 8:38 in the fourth quarter. However, a failed two-point conversion left the Criminals 7-6. 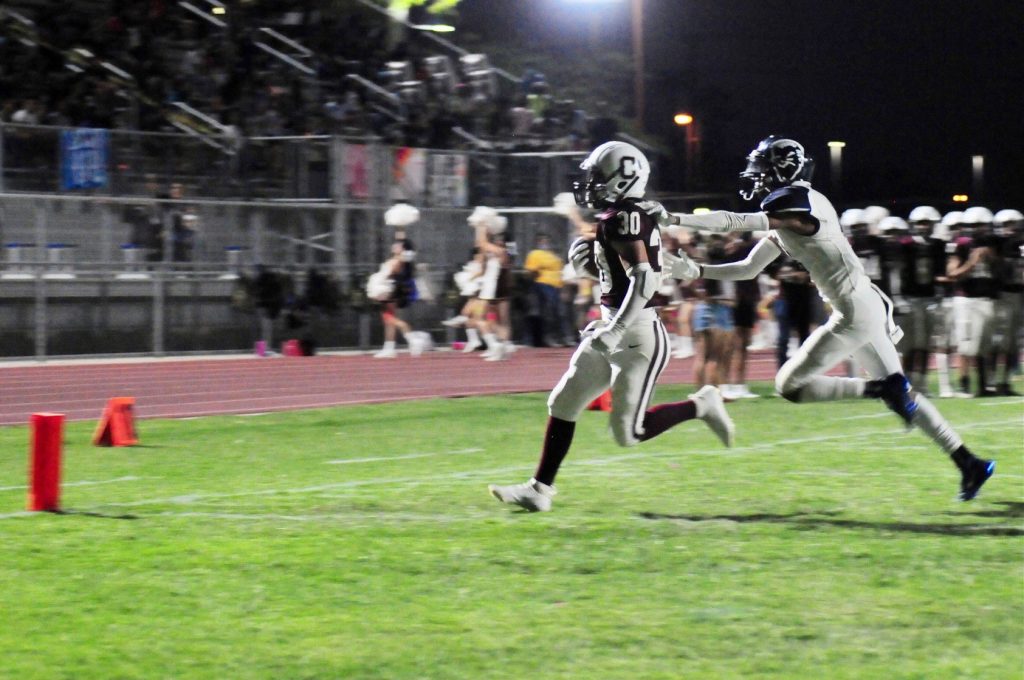 Calexico High School junior Zeus Pradis overtakes a Yuma High defender in the corner of the end zone for a touchdown at Ward Field in Calexico on Friday September 10th. The Bulldogs defeated Yuma, 21-12, and improved to 3-1 that season. | MARIO RENTERIA PHOTO

Calexico senior running back Julian De Leon responded with a 52-yard touchdown run with 7:15 in play and Rodriguez’s kick gave the Bulldogs a 14-6 lead.

Calexico’s defense stepped up next, forcing the Criminals to flip the ball on downs at Yuma’s 24-yard line.

Calexico benefited from Pradis’ second score, an 18-yard run that gave Calexico a 21-6 lead with 3:28 ahead of the game.

Yuma didn’t calm down and returned the following 77-yard kick for a touchdown, but after another two-point missed conversion, the Criminals were down 21-12.

Calexico fumbled his subsequent possession and passed the ball 2:29 left at their own 42-yard line to Yuma. Calexico junior Andres Ramirez, however, intercepted a pass attempt by Yuma with 1:50 before the end of the game.

“We’re working on it,” said Pradis of the team’s fluctuation problems. “We learn from our mistakes and we will continue to work on them.”

“Both wins at home are very important,” said Pradis. “We will try to get these victories.”

Next up for the Bulldogs is a trip to the unbeaten Holtville (4-0) in a cross-league matchup. Kick-off is scheduled for Friday, September 17th at 7pm at Birger Field in Holtville.