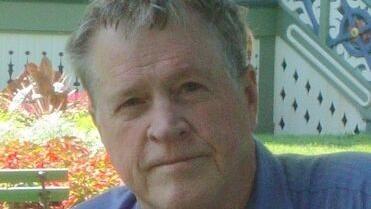 76, died peacefully on May 5, 2021, surrounded by his family. Don was born in Cheyenne, Wyoming to Clarence and Claudelle Lightner. He is survived by his 43 year old wife, Rita; his children Donald (Heather), Melissa (Jeff); three grandchildren; and his brother Richard Lightner (Judy); and a large extended family. Don graduated from Colorado State University with a BS degree (1967), an MS degree (1969) in fisheries biology, and a PhD in fisheries biology / pathology in 1971. After working at National Marine Fisheries in Galveston, Texas, he relocated he to Tucson. Arizona (1974) holds a position with the Environmental Research Lab at the University of Arizona. Here he became a world-renowned expert in shrimp pathology due to his career. Don was promoted to full professor in the University of Arizona College of Agriculture and Life Sciences, Department of Animal and Comparative Biomedical Sciences, in 1994. He was director of the Aquaculture Pathology Laboratory, where he led research on shrimp virus and headed a diagnostic laboratory for shrimp diseases. Don led his field by innovating research and training and mentoring students, researchers and shrimp farmers from around the world. Don received many awards and lifetime achievements throughout his 44 year career. He retired in 2015 with emeritus status from the University of Arizona. Although his work has taken him on countless trips to countries on six of the seven continents, his favorite adventures have been those closer to home with family, friends and hunting buddies. Don was at home outdoors and spent much of his free time camping, fishing, hunting, hiking, and bird watching. He was an avid collector and spoke for hours about his collections to those who listened. He was also fond of photography and jewelry. He will be fondly remembered for his quirky sense of humor, lovingly known as “Lightner humor,” pranks, and his “roadkill” chicken and margaritas that made family pool parties a blast. Don was admired for his love of family, intellect, strong work ethic, and kindness. He was very humble. Few people outside of his professional life knew of the huge impact he was having on the shrimp industry and, by extension, on individuals and communities around the world. Instead of flowers, consider honoring Don in honor of the Alzheimer’s Research Center at the Mayo Clinic. Https://philanthropy.mayoclinic.org/donateMC A celebration of life will take place at a later date. Arrangement by Bring’s Broadway Chapel.