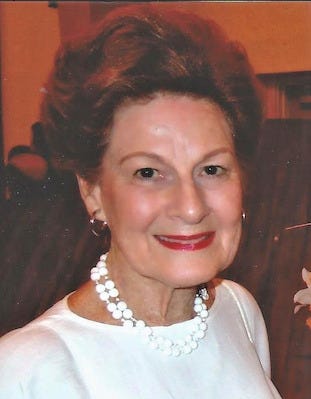 A resident of Phoenix, Arizona for 58 years, Donna Reining passed away at her daughter’s home in Flagstaff on October 28th. She was 90 years old. Donna was born in Western Pennsylvania to a former Pennsylvania mounted police officer who would go to night school to become a Methodist minister and a former ‘shop girl’ who would work by his side. Two younger sisters, Cathy and Bonnie, followed. Donna’s nurturing grandparent’s, whose teachings were influential to her throughout her life, were farmers. It is in this environment of a humble and strong work ethic, loving and serving God, that Donna cultivated her life-long attributes that manifested throughout her life—aim high, work hard, and value relationships. In high school and college her interests gravitated to literary and dramatic lines, and she was a familiar figure on the Geneva College stage. Always a ‘joiner’ she was station manager of the Radio Broadcasting Club and active on the Debate Team. After graduating college, she married Bob Ganelin, a man she would love for more than 30 years. While Bob obtained his medical degree, Donna taught high school English and Journalism to students just a few years younger than herself. In 1962 Donna and Bob landed in Phoenix, whose population at the time was just beginning to explode. They had two daughters, Deborah and Leah. While the medical community was an important part of their lives both professionally and socially, this was the time when Donna’s career of giving back to the community began to blossom. March of Dimes (board member); Phoenix Art Museum (board member, docent, docent chair, volunteer coordinator, continuing education co-chair, and Arizona Costume Institute volunteer); Friends of Mexican Art (board member, program director, and liaison to the Phoenix Art Museum); Scottsdale Hyatt Regency (Art Collection docent); and, the First United Methodist Church (Foundation Board member and Congregational Care, Memorial and Nominating Committee memberships) were roles where her organizational skills, love and knowledge of art (particularly Native American and Mexican), and people-connections elevated each program effort to a level higher than where she found it. Her close friends remember her as a perfectionist and often said, “If you want a job done well, give it to Donna.” It is these endeavors, some with beginnings as early as 1970, where she made life-long friendships that endured through a 90th birthday party, less than two months before her death. In 1985 she met Jonathan (Jack) Reining and they married less than six months later, sharing a life of faith, fun, adventures and love, embracing each other’s passions, children and grandchildren. Through ninety years of living Donna experienced loss—which she handled with great strength and dignity, and joy—which she spoke of often with the utmost of appreciation. When asked how she’d like to be remembered she stated: “As someone who cherished my family and friends so dearly,” and, “Beginning with a precious childhood, my life was wonderful – always.” Donna was approachable and blessed with the greatest of social graces. Wherever she went, and throughout her life, people were drawn to her engaging smile, auburn hair, dark brown eyes and sense of style. She will be remembered as moral, fair, smart, capable, and an incredible hostess. To honor Donna, a private memorial service will be held in the spring. Survivors include daughters Deborah Ganelin (Kevin McGuire) and Leah Gripp (Bob), stepdaughters Joan Brainard and Amy LaDue (John), 10 grandchildren, 8 great-grandchildren as well as nieces and nephews. She is preceded in death by her parents, sisters, and husband, Jonathan. In lieu of flowers, please send a contribution to the First United Methodist Church, 5510 N. Central Ave, Phoenix, AZ 85013, or Maggie’s Hospice, 203 S. Candy Lane #12a, Cottonwood, AZ 86326.

Published in The Arizona Republic