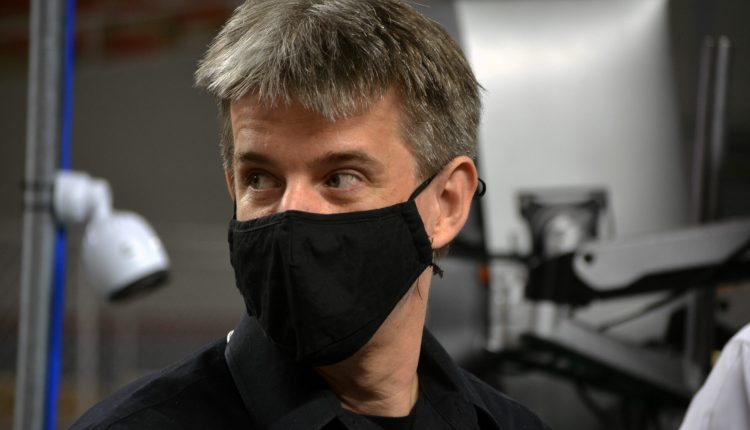 Doug Logan masterminded banning the media from the Arizona ‘audit’

The plan to bar journalists from covering the Senate’s self-styled “audit” of the 2020 election in Maricopa County and only let them into Veterans Memorial Coliseum if they agreed to work 30 hours as volunteer observers was hatched and implemented by Doug Logan, the man hired to lead the election review.

Logan pushed ahead with the plan, despite criticism of the idea from the public relations consultant he hired to represent his company, Cyber Ninjas. That consultant, Rod Thomson, was made aware of the plan two days before the “audit” began, according to emails released under Arizona’s public records law.

“That is a giant time commitment for media that is generally stretched pretty thin nowadays,” Rod Thomson said. “I also think it will be spun against us as setting up unreasonable barriers to media being observers.”

He cautioned that journalists would frame the issue as “audit” leaders being disingenuous about wanting the public to know what was happening.

In the days before the “audit,” the Senate announced that the media would not be able to attend the election review, which was taking place in a decades-old basketball arena, to document and report on the proceedings. Journalists would only be allowed to enter the building if they agreed to work 30 hours as volunteer observers — and they couldn’t bring notepads, take photos, record or do any of the duties that would qualify as reporting.

The exact details of the plan are unclear, because the Senate did not release the PDF file that Logan shared as part of Ken Bennett’s public record emails. However, Logan said he had made changes to a previous draft “to be clear that the rules are the same for all observers, verses (sic) something special for media.” The general rules for observers barred cell phones, cameras, writing implements and asking questions of “audit” officials.

Kolodin gave the plan his thumbs up and brushed aside concerns that media organizations would be unhappy.

“I’m fine with the changes you made. Media may do a critical write-up on it but whatever,” the attorney said.

But denying the media access to the “audit” resulted in more than just critical news coverage: The Arizona Mirror, Arizona Republic and the Arizona Broadcasters Association partnered to hire an attorney and threatened to sue the Arizona Senate for access to the ballot review on the grounds that barring the press was a constitutional violation. The Senate and the media groups reached an agreement that instead allowed a limited number of journalists to attend each day to observe from a press area up in the arena’s stands.

The media policy that Logan crafted was finalized a day before a heated press conference that still stands as the only time Logan has spoken with reporters.

That evening, Senate President Karen Fann told reporters that the “audit” team was revising its media policy, but wouldn’t commit to saying if the policy would be rescinded.

At the press conference the following day, after auditors attempted to bar a group of reporters from attending, Logan and Bennett said the observer requirement had been reduced from 30 hours to a single six-hour shift. However, journalists could still not bring notepads, take photos, record or do any of the duties that would qualify as reporting while observing.

Bennett also pledged to have daily press briefings, though there was never a single one.

The requirement to make reporters observers would have effectively meant that journalists could only report on the audit if they agreed to participate in it, a conflict with the ethics policies of many journalistic organizations, including the Arizona Mirror. And their ability to actually report on the events would be severely limited.

Audit team leader Logan will present his long-delayed report from his election review to the Senate on Sept. 24.