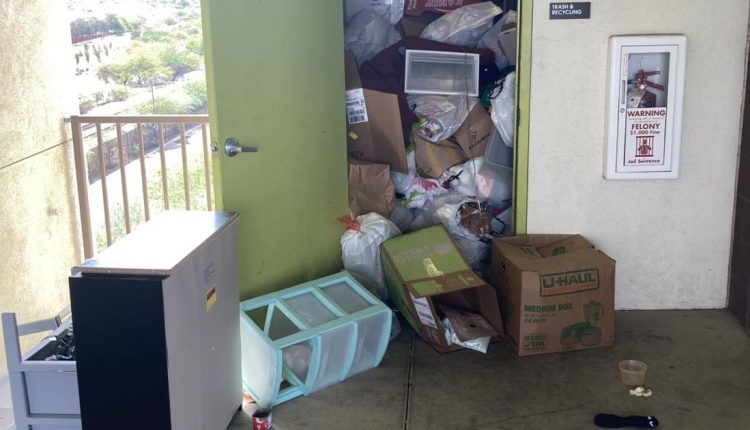 The Cadence sits on top of the city’s Centro parking garage, but technically Tucson also owns the building itself.

The city leased the Cadence property to Tucson Properties, LLC in September 2013 under a Government Property Lease Excise Tax (GPLET) agreement. Under the GPLET program, the city takes ownership of a building and leases it back to the developer, who pays an excise tax based on size and use instead of a property tax based on value.

Although the apartments have swapped hands over the years, Cadence Apartments, LLC, is the current controlling entity of the apartments and is responsible for handling the violation report, according to Ryan Tripp, Tucson’s real estate supervisor.

Tripp says the city is not responsible for the violations as it only owns The Cadence by name. The 2013 GPLET agreement states that the landlord is “not responsible” for utilities, service disruptions, or maintenance.

But until the city reported the violation, residents did not receive much response to Cadence’s upkeep problems from the authorities.

See thousands of reptiles and amphibians at this Tucson show