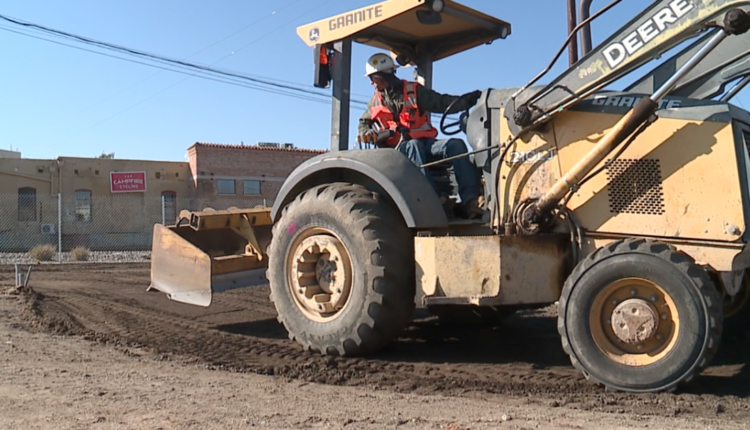 TUCSON, Ariz. (KGUN) — Attention drivers: There’s a major change coming in how you can get on I-10. KGUN9 On Your Side has an update on the project called Downtown Links.

It’s been decades in the making but soon there will be a convenient new way to move from Golf Links all the way north of downtown and onto I-10.

The idea behind Downtown Links goes all the way back to the 1980s. The plan was to connect the high speed lanes of Barraza-Aviation Boulevard to I-10.

But the original plan from the Arizona Department of Transportation was too much like a freeway for neighborhoods along the route.

Erica Frazelle of Tucson’s Department of Transportation and Mobility says, “In 1989, the City of Tucson took this project over and it has had over 20 design variations, because there’s been so much public input. There was a citizen advisory committee that held over 100 meetings just for this project prior to construction.”

Those meetings led to a route that still offers a quick way to reach I-10 without crawling through downtown.

The plan that actually turned into pavement considers more than cars. It provides lanes for safe transportation on bicycles and on foot.

Downtown Links may change the character of Tucson’s downtown, too. It should relieve congestion from cars that were just passing through and free the streets for drivers who want to stop downtown and enjoy the growing selection of restaurants and entertainment spots.

Frazelle says, “Right now. The only route from highway aviation to get to I-10 is through downtown. So it will make it a more of a comfortable experience for bicyclists, pedestrians, and those we’re really using downtown as a destination.”

The main part of the project should finish and open for traffic early in the new year. Work on an overpass, so trains won’t stop cars at 6th Street anymore, could take another year and a half.

——-
Craig Smith is a reporter for KGUN 9. With more than 30 years of reporting in cities like Tampa, Houston and Austin, Craig has covered more than 40 Space Shuttle launches and covered historic hurricanes like Katrina, Ivan, Andrew and Hugo. Share your story ideas and important issues with Craig by emailing [email protected] or by connecting on Facebook and Twitter.

20 of the most destructive winter storms of the 21st century