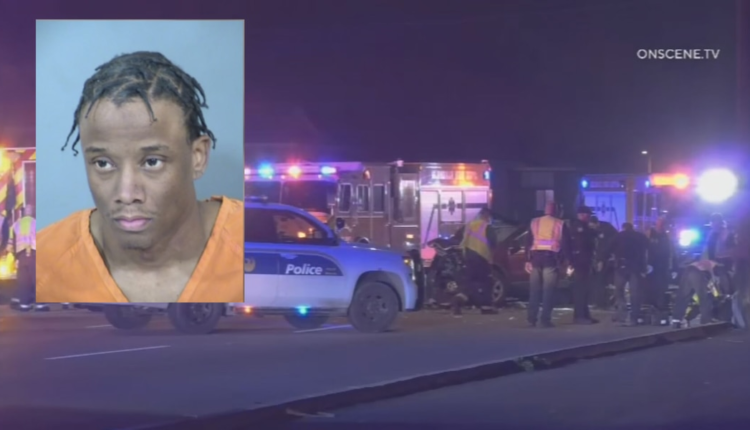 PHOENIX (3TV/CBS 5) — Police say a man admitted to drinking and was found with alcohol after a head-on crash that killed another man and sent a woman to the hospital early Sunday morning.

Just before 2 am, officers were called to a head-on crash near 43rd Avenue and McLellan Boulevard, just north of Maryland Avenue. Investigators say 30-year-old David Leeshawn Johnson was driving south when he crossed into the north lanes, hitting a sedan. The driver of the sedan died at the scene. Officers arrived and found Johnson holding an unconscious woman. The woman was taken to the hospital in critical condition.

Officers saw that Johnson had a small bottle of Fireball and Modelo and also noticed that he had bloodshot and watery eyes and breath that smelled like alcohol, court papers say. Johnson reportedly admitted to officers that he had been drinking. His blood alcohol concentration came in at .089, according to police. Court documents say Johnson originally tried to tell police he was the passenger. However, investigators say a witness claimed he heard the collision and saw Johnson get out of the driver’s seat and pulled the woman out of the passenger side.

The victim’s name hasn’t been released. Johnson was booked on one count of reckless manslaughter and one count of aggravated assault.

Rain, snow in Tucson area will be replaced by freezing overnight temperatures