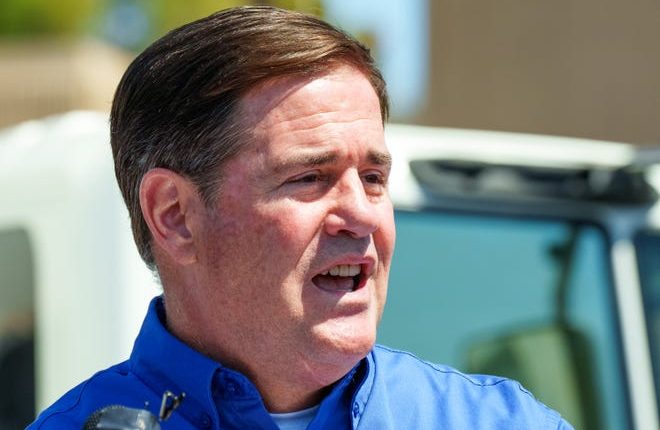 Arizona Gov. Doug Ducey on Wednesday vetoed a ballot measure that would have asked Maricopa County voters to extend a sales tax used to fund transportation projects, saying it wasn’t the proper time given soaring inflation. He also cited a lack of transparency in the bill.

Known as Proposition 400, the bill was crafted by a coalition of local leaders across metro Phoenix to pay for projects from freeways and HOV lanes to light rail and streetcar routes.

Voters first approved the half-cent sales tax in 1985 and extended it in 2004.

Had Ducey approved the bill, the measure would have gone to voters in a special election next spring, which he said would “require unnecessary costs to administer” and “come at a time when voter turnout will likely be low.”

Now, local officials will need to reconvene to craft a new measure to be considered by state lawmakers and a future governor elected this fall.

Prop. 400 has helped pay for some of the largest transportation projects in metro Phoenix, including:

Mesa Mayor John Giles, who is the chair of the Maricopa Association of Governments Regional Council, previously told The Arizona Republic the measure was crucial to the region’s transportation future.

This story is developing and will continue to be updated.