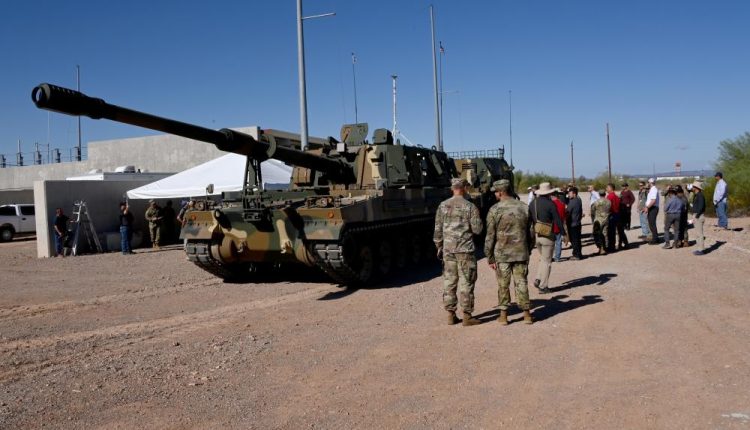 PHOENIX – Upon entering Metro Recruiting Station for the first time in 2021, Pvt. Jaimie Rodriguez felt uncertain about her future. At the urging of her mother, she had gone to the station to look over her options, seeking a career after graduating high school.

The news wasn’t encouraging – after weighing in at 210 pounds Rodriguez was told by a recruiter, she was overweight and would need to lose at least 40 pounds to enlist.

In her mind she told herself it was impossible, there was no way she could do this.

With perseverance, hard work and the support of the recruiting station, Rodriguez made her goal. Just months later she weighed in at 163 pounds, before shipping to Basic Combat Training, and later graduating from Advanced Individual Training as a supply clerk.

Now with just days before her move to Fort Stewart, Ga., Rodriguez can reflect on her journey so far, one that seemed so improbable just a year ago.

“I never thought I’d join the Army – ever. I always knew I’d join the military, but I never considered the Army. I used to see recruiters at my high school, and I felt like that was going to be me one day,” Rodriguez, 19, explained.

“I really admired people in the military. I wanted to join the Air Force, but their recruiting office was a long distance from where I live. The Army recruiting station was right across the road. My mother told me to go there. I didn’t want to, but she made me,” Rodriguez said with a smile.

One of the first things Rodriguez did was step on the scale to determine his weight, the results of which were far from ideal. Fortunately, the station commander, Sgt. 1st Class Vincent Sotello, was there to step in.

“I was told I’d have to lose weight to join. He (Sotello) said he’d pick me up in the morning and we’d start running every day,” Rodriguez recalled. “I didn’t think he was serious, but I went the first day. It was very difficult, but we kept going and going until it was over.”

With the help of Sotello the results started to become evident for Rodriguez, despite the odd slip up.

“The more time he took to run with me and push me really helped me. He was extremely patient. Little things like losing maybe a pound here and there meant a lot to me,” she said. “He weighed me every week. One week I had a cheat day and when I weighed in, he knew it. I felt bad because he took so much of his time with me. I made sure never to disappoint him again.”

To her amazement the pounds continued to drop, causing Rodriguez to change the way she thought and saw herself – all for the better.

“Nothing fit me, I had to get all new clothes. The way people saw me was very different…I felt the changes. I had tried losing weight so many times and had always given up,” Rodriguez said. “When I stayed consistent, I saw the changes. I felt healthier, I felt better – it’s what I’d been waiting for all these years.”

After meeting her goal weight, Rodriguez was ready to ship to BCT at Fort Jackson, SC, providing another obstacle to overcome.

“It was a lot of emotion … being at basic training with no communication with my family except letters was very different,” Rodriguez remembered. “Mentally it was difficult missing everyone back home. It did give me motivation to keep going until I graduated.”

One way Rodriguez persevered was from the inspiration gained from the letters back home.

“Every time I went to the field or did an event, I always kept the letters in my pocket. When things did get hard and we would sleep outside, I would read them, and I’d feel better,” she added.

Eventually Rodriguez graduated, spurred on by not wanting to let anyone down who had supported her to this point.

“I wasn’t going to quit, not after everything I’d already been through to get there … I didn’t want to let anyone down. There were times I hurt so bad, but I pushed myself through it,” Rodriguez said.

With her initial Army schooling now behind her and on the precipice of beginning her career, Rodriguez looks back almost in disbelief at everything she endured to arrive at this stage.

“I don’t believe I did it … it’s just been so much. I look at where I’m at now and I still have a long way to go, but to get here has been a lot,” she said. “I feel like I can do anything now. I’m not sure what the future holds for me when I get to my first duty station, but I know I’m going to do well. I plan on doing this for a long time.”

Rodriguez knows there’s a world out there to explore, and the Army is the best way to achieve that.

“I felt like there was more out there than just being in Arizona. I want different opportunities and on active duty I’m going to travel,” she continued. “This was a calling … I feel this was meant for me.”