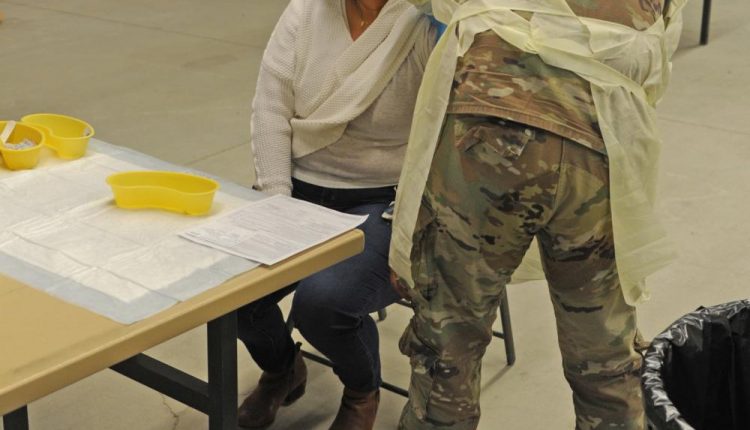 The US military has been using unmanned aerial vehicles for decades to carry out dangerous reconnaissance and assault missions that save the lives of soldiers.

Earlier this year, the U.S. Army’s Yuma Proving Ground (YPG) provided the ideal backdrop for a week-long C-sUAS demonstration that focused on the most advanced drone blasting technology to intercept and defeat incoming threatening SUAS. The focus of this first demonstration was on the use of C-sUAS systems that can defeat small, lightweight drones with minimal or no collateral damage.

This event was so successful that the Army’s Joint C-sUAS Office (JCO) and Rapid Capabilities and Critical Technologies Office (RCCTO) returned to YPG for their second in a biannual series of C-sUAS demonstrations.

The most recent demonstration took place in September 2021 and focused on various means of containing the small drone threat.

“This latest demo focused on ground based air denial and dismounted systems compared to the previous demo that was on UAS intercepts,” said Silen. “There are two different technologies and focuses.”

Since the majority of the systems in this recent demonstration involved so-called kinetic defeats or attempts to shoot down the target, the participation of test officers and weapons operators from the YPG ammunition and weapons division was required. During the three-week demonstration, testers rated five unique systems: three ground-based and two dismantled. The systems were played out against both rotating and fixed-wing aggressor UAS in various realistic scenarios, with data collectors tracking how many rounds a kinetic defeat system had fired per battle and marking any damage or take-downs that the aggressor had -UAS had suffered.

“Just because you can defeat one type of UAS doesn’t necessarily mean you can defeat the other,” said Silenus. “In each test, we have to present at least one to the system to be evaluated.”

YPG is the most capable of a limited number of test areas that can accommodate this type of work. The clear, stable air and extremely dry climate of the test site together with extensive knowledge of institutional UAS tests make it an attractive location for testers, as does the ability to control a large part of the high-frequency spectrum. YPG has more than 500 permanent radio frequencies and several thousand temporary ones in any given month.

“We are running the demos at YPG because it is uniquely located and has the capabilities that allow us to test small counter-UAS,” said Stanley Darbro, RCCTO assistant director. “We can get the frequencies we need for the tests, the range is really good, and we can shoot targets with a variety of different technologies.”

The demonstrations are expected to continue biannually for the next several years, with each subsequent test focusing on different types of C-sUAS systems or aspects of the C-sUAS mission.

“Any program you do takes a few cycles to prove its worth,” said Darbro. “I don’t think there is any value – we need a place for industry to show their technology to counter the threats to our war fighters. The mostly small businesses that are not used to working with the Department of Defense now have a chance to jump in, demonstrate what they have, and let us give them feedback on whether or not their technology is filling the gaps we have to fill. ”

Darbro believes that the armed forces will also benefit from the demonstrations.

“As the industry shows us what technological capabilities it has, we can use that knowledge to meet our needs,” he said. “If we ask about operational requirements for something that the industry doesn’t have, we could be wasting our time. We want to expand the framework, but we want to do this within the realm of what is feasible. ”

Darbro was particularly impressed by the safe and smooth running of both presentations.

“I see it as a team effort between YPG, JCO and RCCTO,” he said. “The support we received from YPG in development has turned out to be a fantastic relationship. If we get out of here, things will go smoothly and there will be no surprises as to what kind of support we need and when we need it. ”

This work, Second demonstration of a small unmanned aircraft at the US Army’s Yuma Proving Ground, from Mark Schauer, identified by Divids, must adhere to the restrictions specified on https://www.dvidshub.net/about/copyright.