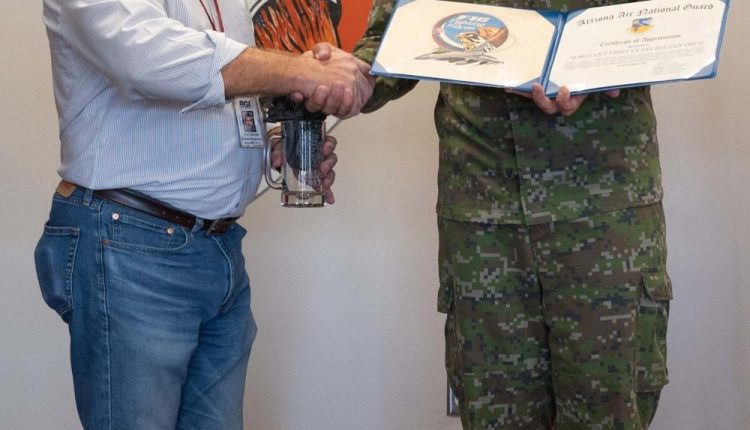 Having an LNO stationed at a training installation is a rare opportunity, as liaison officers are not usually based at Morris ANG Base. “This is an opportunity, however, that has benefited the International Military Training Student Office as well as the Slovak student pilots,” said Mr. Michael Neighbors, 162nd Wing International Affairs.

“Col. Novotny has been crucial to the success of the Slovakian F-16 pilots and his presence shows the dedication of the Slovakian Air Force,” said Neighbors. “Col. Novotny has been in numerous discussions and meetings with us, which greatly increases not only our decision-making process but also gives our partners awareness of our process to help them better understand the training their students are receiving,” he said.

The Morris ANG Base is home to the Air National Guard’s premier F-16 fighter pilot training unit, the 162nd Wing. The 162nd is the “face of the USAF to the world,” providing the best-trained coalition war-fighting partners for the United States Air Force and international allies.

The wing has trained pilots from 25 countries that fly the F-16 today while developing strategic partnerships and building strong international relationships based on performance, friendship, and trust. It is one of the largest ANG wings in the country and resides next to the Tucson International Airport. The wing shares use of the runway, security and fire control with the airport. Guardsmen provide ready forces in support of civil authorities and wartime operations.