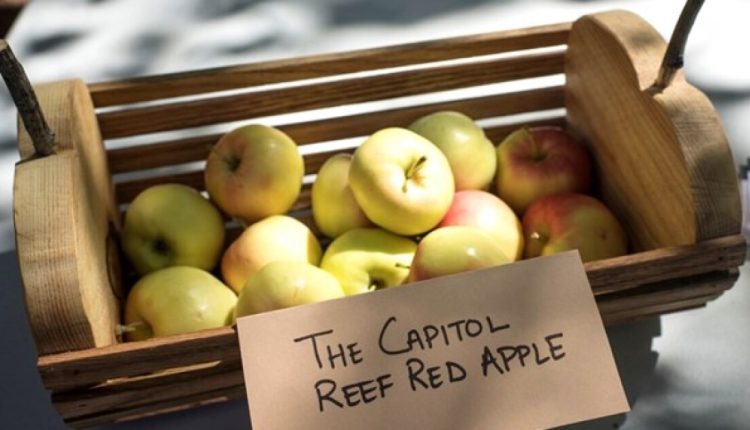 Only a fraction of the nearly 15,000 apple varieties once known in North America are still cultivated. Now, a few hard-core searchers are combing fields and ravines, reports and records, even neighbors’ front yards, to relocate some of those long-lost old apples.

In the Southwest, that can mean finding trees planted by pioneers, miners, and homesteaders as far back as the 1800s. Each apple variety was prized for special virtues–ones best for eating, others for cooking, drying, saucing, and cider making.

A few years ago botanist-gardener Kate Watters located venerable apple trees around Flagstaff, targeting the tastiest and most productive ones. She found them in a grocery store parking lot, near a dormitory, and at a Basque house, among others.

Working with the educational youth gardening group, Terra Birds, and students at Ponderosa High School, they learned how to graft wood from those trees, and propagate and plant them around town. The goal, says Watters, was to insure some of the old, resilient apple varieties adapted to the local climate would be known by a new generation.

Around the Four Corners, other apple searchers are rediscovering and tending heirloom orchards, in Arizona’s Oak Creek, southwest Colorado, and southern Utah at Capitol Reef National Park. More than a dozen orchards planted by early Mormon settlers are thriving in the park. Along with Ben Davis, Jonathan, and McIntosh varieties, there’s an apple called Capitol Reef Red, known only in that area.

A lot has been lost. But a lot is now being found—and saved—by modern-day apple sleuths.

This Earth Note was written by Rose Houk and produced by KNAU and the Sustainable Communities Program at Northern Arizona University.