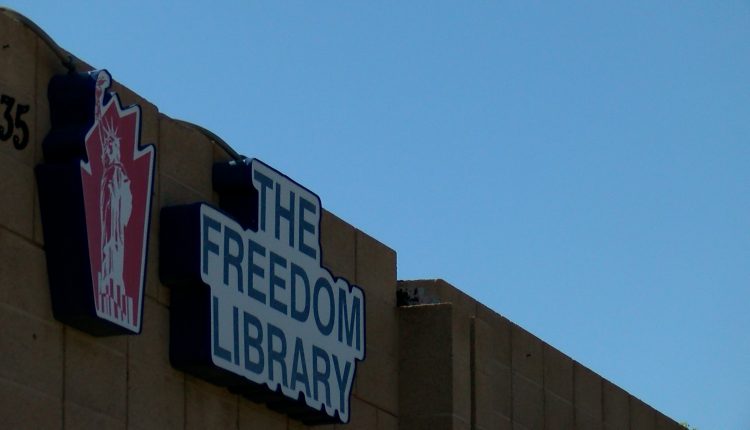 Educators ask for donations to bring Lady Liberty to Yuma

YUMA, Ariz. (KYMA, KECY) When you think of the images that represent patriotism, you have to think of the American flag, the White House, and the Statue of Liberty.

It was precisely for this reason that Yuma’s Freedom Library founder Howard Blitz was looking for a way to bring this iconic symbol to the southwestern desert.

During a trip to Eugene, Oregon, he visited the gallery of the world-famous sculptor Jud Turner. Turner was recognized for his use of metals that turn junk into works of art.

At that moment, Blitz was inspired and approached the board of directors of the Freedom Library. They then had to ask the owner, who was also excited about the idea of ​​having a replica of Lady Liberty on their property.

The original Statue of Liberty towers over Liberty Island in New York at a height of just over 300 feet. Yuma’s replica will be a little over ten feet tall and will stand over the front of the Freedom Library on Arizona Avenue.

According to Blitx, the replica will be close to the original, which was presented to the United States as a centinnial gift in 1876. However, if visitors take a closer look, they will see pieces of history that are linked to create this Lady Liberty.

To make this dream a reality, the Freedom Library needs to raise $ 15,000. So they turn to the community.

Once Turner is hired, Blitz is optimistic that it will be completed by September 17, 2021, Constitution Day.

Tucson artists receive a grant to advance their work