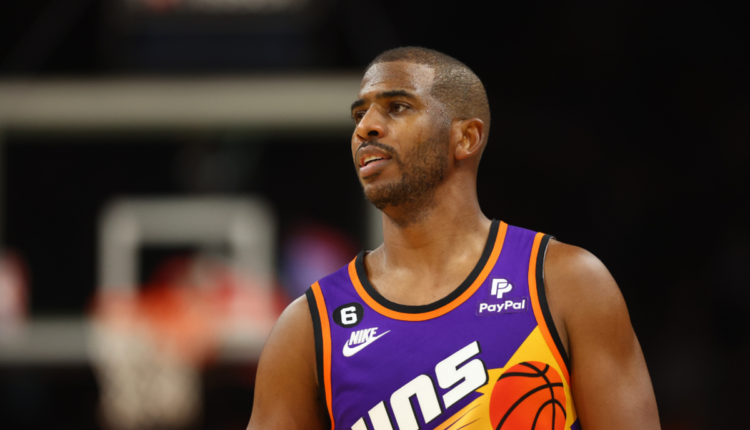 On Friday night, the Phoenix Suns fell to the Toronto Raptors 113-104. With Devin Booker sidelined with a groining injury Chris Paul and the rest of the team were forced to pick up scoring duties.

Paul has received a heavy amount of criticism as he enters the final stretch of his career, but not everyone in the sports world is ready to call it quits on CP3.

ESPN’s Monica McNutt recently spoke with Brandon ‘Scoop B’ Robinson on Scoop B Radio and was asked who she’s picking between John Wall or Malcolm Brogdon on her squad in a pickup run.

“Brogdon. And I love John Wall. I am so excited to see him back playing ball and healthy, but I’ve always loved Malcolm Brogdon. Malcolm Brogdon, Jalen Brunson, Mike Conley, Jrue Holiday (to a degree)… no flash -all ball. Like, they can hit you at all three levels; maybe not an elite 3-point shooter, but if you leave him open, they will do the damage,” said McNutt.

“Those are my favorite types of point guards. I don’t need no flash. Like, even Chris Paul in the second part of his career; I don’t need a whole bunch of dynamic explosions. I need you to get us into our offense, finish and hit me when I’m ready to shoot the ball.[laughs]”

As for the Suns, with the loss to the Raptors they now fall to 20-17 on the season. Next up for Phoenix are the New York Knicks on Jan. 2 at Madison Square Garden.