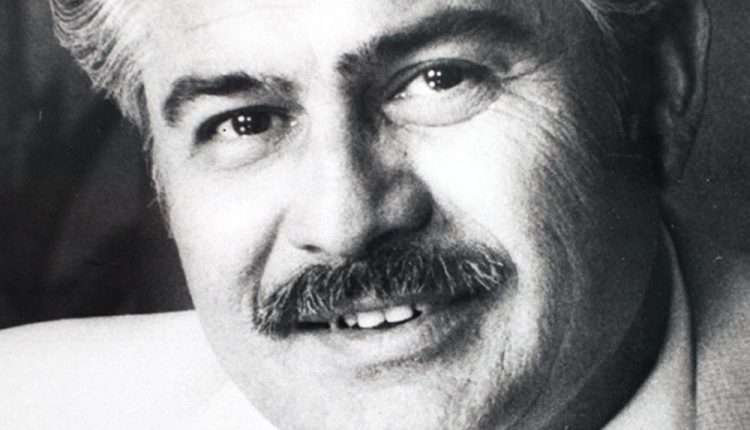 I feel like I’ve been duped. I’ve covered local government in Tucson for more than 20 years and no one really talked much about Joel Valdez. Now, in the days following his death this week, it’s like, oh yeah, “Joel was the consummate bad-ass.”

Apparently, I needed to waterboard more people. Had I known of Valdez’s prowess, I’d have regularly bought him lunch and mowed his lawn for the skinny on local politics and government.

He started at the city of Tucson in 1957 but it was when he went to work for the library system that he got noticed.

Valdez was quickly promoted into the City Manager’s Office, then got tapped as the city boss himself, serving for 16 years before moving to the University of Arizona to end up as senior vice president of business affairs. He remained at the top of the local higher education pyramid through five presidents. That’s a heck of a feat in political survival.

A city manager working under a guy like multi-term Mayor Lew Murphy can’t also strut around with a gregarious swagger. Murphy’s personality and ego famously stretched mountain-to-mountain, much as he saw Tucson’s destiny through annexation.

Valdez’s job was to run things. And judging by what I’ve heard, boy, could he ever do that.

He left the city eight years before I covered local government and when he was at the UA, I dealt with his underlings or President Peter Likins. So, to get the real story on Valdez’s impact, I had to reach out to a couple guys who were mainstays in local politics before I showed up.

Former Tucson City Councilman and Mayor Tom Volgy talked to me for a good long time about Valdez and world events. He served as mayor “over” Valdez, led the fight to depose Murphy and even once had a good, long sit down with Viktor Orban, Hungary’s ultra-right-wing leader and destroyer of democracy, therefore the darling of the modern GOP.

George Cunningham worked in local and state government from 1967 to 2013. He was a state lawmaker, assistant city manager in South Tucson, chief of staff to Gov. Rose Mofford and Gov. Janet Napolitano’s budget guy. He worked in Valdez’s vicinity and discussed what he saw.

Volgy and Cunningham know a thing or two because they’ve seen a gazillion. They both said Valdez was pretty much the template of a strong and effective city manager and public sector honcho and independently said pretty much the same things about him.

I’m left with Joel Valdez’s five rules of effective practices for city managers and lords of the various campus manors.

The manager serves as CEO and runs the city on a daily basis. The Council serves as the board. The city manager can think running the city means getting the damned council to do as they’re told.

A good manager controls information and can rule 95 percent of city business with an iron fist. That last 5 percent is crucial, and learning when to yield is the difference between having a library named in their honor and shopping resumes to Tulsa.

On college campuses, the lines of authority are less bold and obvious. Cunningham noticed that in all the meetings he was in with Valdez, “I marveled how when he was dealing with deans or department heads, he knew how to keep his mouth shut,” Cunningham said. “He would wait for the right times to have the conversation.”

Then Valdez would nudge them…gently…with suggestions and information.

Volgy admitted to a “love-hate” relationship with Valdez and he would confront him on having “too much power.”

But when Volgy learned to approach Valdez and let him know he was not going to give way on a policy or goal, Valdez would chill and show the Council members how to get things done because he knew how to do it.

Volgy once wanted to put a proposal forward for “grade-separated interchanges” (intersections where one street flies over or burrows under another). The city Transportation Department was hungry for freeways and didn’t want to hear about a Councilman’s neat ideas about moving people around town. They told Volgy federal regulations made it impossible.

Frustrated, Volgy went to Valdez, who just asked “Are you sure that’s what the rules say?” Turns out, no. The federal regulations were related to the movement of intercontinental ballistic missiles across the country. They were in no danger of rolling down Speedway at rush hour.

Valdez didn’t say “the city staff is full of shit’ or stand by his traffic engineers when an elected official was pursuing public policy.

Even so, Volgy couldn’t solve the problem of Tucson voters hating GSIs. The plan died. But that incident stood out with the former mayor, so it stood out with me. Valdez didn’t say “no” to the elected leader and neither did he shank his staff.

2. Don’t sell out your people

I don’t have specific examples of him not doing this, but both Volgy and Cunningham made a point to mention Valdez was blessed with this leadership trait.

And it’s almost the dividing line between a leader and a manager. Yes, it rolls downhill. It doesn’t mean it must.

Anyone who has had a job and multiple bosses knows what both are talking about. It’s a dozen little things that don’t happen in a month because the smart boss knows how to protect their team from all that rolls.

When something goes wrong or when one of the muckety-mucks gets a neat idea that will burn staff time and accomplish little, the boss who protects his people wins. Workers will throw down for the boss who throws down for them.

Again, easier to type than to do. Again, both Cunningham and Volgy pointed this out.

Chief of Police Peter Ronstadt and future City Manager Luis Gutierrez were both discovered by Valdez.

“Ronstadt was a great police chief,” Volgy said. “He was a terrific cop, a great administrator but not much of a politician. I’m not sure that he becomes chief without Joel.”

He said the same thing about Gutierrez (not the cop part, the Valdez part), who wasn’t much of a showboat but had the skills and the smarts to rise through the ranks of the sanitation department to the tippy top of City Hall.

Valdez didn’t make a lot of waves because he had two jobs that covered 36 years. He wasn’t constantly moving around and staying centered in the limelight.

He stayed in place.

“The most important thing about that is that it created stability in the ecosystem,” Cunningham said.

Stability means priorities remain in place. The political ground isn’t constantly shifting. People tend to get promoted based on the quality of their work and not their ability to adapt to constant changes or suddenly finding themselves doing work that is a new priority for a new top dog.

Volgy had an additional perspective on Valdez’s commitment to stay in Tucson. He could have climbed the ladder to bigger metro areas.

Valdez was born here, raised here, went to college here and was even told he couldn’t live in certain neighborhoods here because his last name was “Valdez.”

“Joel was steeped in not only how this government works but how this community works,” Volgy said.

Much like future County Manager Chuck Huckelberry, Valdez was in charge of the city departments he rose through so he knew who to promote and who to call to solve a problem. He knew the issues facing Tucson because they faced him every day of his life.

Volgy’s right. It’s not always best to do national searches for government brass.

I asked Cunningham, as journalists are wanting to do, “what was Joel’s legacy in Tucson.” I could practically hear him roll his eyes across the cell service.

Please! What was his legacy? Sure there was a $300 million bond program and his salesmanship of Tucson culture but it’s more than that. Take a snapshot of Tucson in 1974 and another in 1990. See the difference? That’s Valdez’s legacy.

The new Arizona Student Memorial Union and the Integrated Learning Center are both things that owe themselves to his work.

There’s an old saying I learned from a council member in another city. City councils have to do the right thing. Staff has to do it the right way. The same goes for university presidents and boards and the people who work the daily grind.

Valdez did it the right way, even if honest people can disagree with what the “it” is and if it was worth pursuing.

I prefer the old student union, when the Gallagher Theater was an actual theater and beer bottles would roll down the slope in the floor. I’m no fan of the Mole Hole, where they stick underclassmen to learn like Hobbits. Integrated Learning Centers? Pfff.

People can take issue with the city and the growth patterns.

But Valdez got stuff done and he did it right.

Learning how he got his stuff done, makes it more likely future management and leadership will get their stuff done.

Volgy described him as “one of a kind.” Cunningham said he was “the total package.”

I didn’t think I knew the man.

Turns out, we all live with his legacy. We call it home.

Blake Morlock is an award-winning columnist who worked in daily journalism for nearly 20 years and is the former communications director for the Pima County Democratic Party. Now he’s telling you things that the Devil won’t.