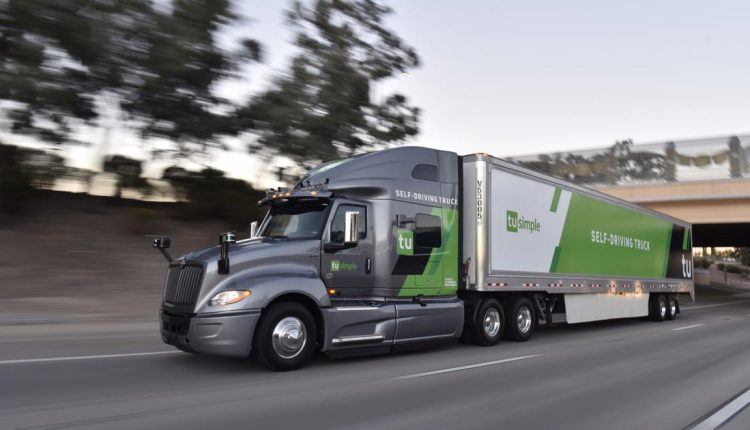 Two founders of self-driving truck startup TuSimple, which has major operations in Tucson, are back at the company’s reins after dumping the company’s prior board in a power struggle featuring allegations of improper insider dealings by the founders.

Meanwhile, TuSimple Holding Inc.’s stock has plunged and the San Diego-based company, which went public in April 2021, said it won’t be able to file its quarterly financial report on time.

San Diego-based TuSimple underwent a management shuffle last March, when TuSimple co-founder and Chief Technology Officer Xiaodi Hou replaced Cheng Lu as president and CEO, and co-founder Mo Chen as chairman of the board, in what was described as a planned executive succession.

TuSimple has been testing self-driving commercial trucks since 2017 from a development center and freight terminal on East Old Vail Road, and has partnered with truck maker Navistar and shippers including UPS. After a major expansion of the Tucson site in October, the company employs about 300 workers.

But in late October, TuSimple’s board of directors fired Hou, citing an investigation by its audit committee that found that TuSimple had performed work for Hydron, a startup developing hydrogen-fuel autonomous trucks owned by Chen, and shared technology with Hydron.

The so-called related party transaction was not brought to the attention of the board’s audit or government security committees, though later the companies entered into non-disclosure and other cooperation agreements, TuSimple said in an Oct. 31 filing with the US Securities and Exchange Commission.

But in mid-November, TuSimple announced in an SEC filing that co-founder Chen had assumed control of 59% of the company’s voting stock and had terminated four independent board members as well as a CEO installed by the board in October.

Cheng Lu was installed as CEO and president of TuSimple and joined Chen and Hou as the sole members of the company’s board of directors, with Chen serving as executive chairman.

TuSimple declined to comment beyond its public filing, a company spokesman said.

In a statement following his re-installation as CEO, Lu recognized the challenges facing the company.

“I’m returning as TuSimple’s CEO with a sense of urgency to put our company back on track,” Lu said. “We’ve dealt with turmoil this past year, and it’s critical that we stabilize operations, regain the trust of our stakeholders and provide the talented team at TuSimple with the support and leadership they deserve.”

The Wall Street Journal has reported that the FBI and the SEC are investigating TuSimple’s involvement with Hydron, which is described as a Chinese-based company, over possible violations of restrictions on sharing technology important to national security. The publication cited sources with “knowledge of the matter,” and a TuSimple spokesman said the company isn’t aware of any FBI or SEC investigations.

In February, TuSimple said it had signed a National Security Agreement with the US government, agreeing to limit access to certain data and adopt a technology-control plan, and to drop a board member from a Chinese investor group, among other measures.

Meanwhile, TuSimple’s stock has taken a beating amid the management turmoil, sliding from about $36 per share at the start of 2022 to under $3 recently in trading on the Nasdaq Stock Market.

Once more than $1 billion, TuSimple’s market value — the total value of its stock — has dropped to around $500 million.

TuSimple continues to lose money as it looks to bring completely autonomous trucks to market by 2024, but it remains well-capitalized, with more than $1 billion in cash or equivalents.

The company also notified the SEC on Nov. 15 that it would be late in filing its third-quarter financial report due to the recent management changes, though it published unaudited third-quarter results in a letter to shareholders.

TuSimple said it received a notice from the Nasdaq for failing to file on time — which if not remedied could cause its stock to be delisted — but it could get back into compliance by filing by Jan. 16 or seek an extension.

The company said it intends to file its third-quarter report as soon as possible to regain compliance with the listing rule but the timing is uncertain.

On Nov. 22, TuSimple notified the SEC that KPMG LLC had resigned as the company’s principal accountants.

Check out TuSimple’s test center and hub in Tucson and the view from a self-driving truck during test runs.