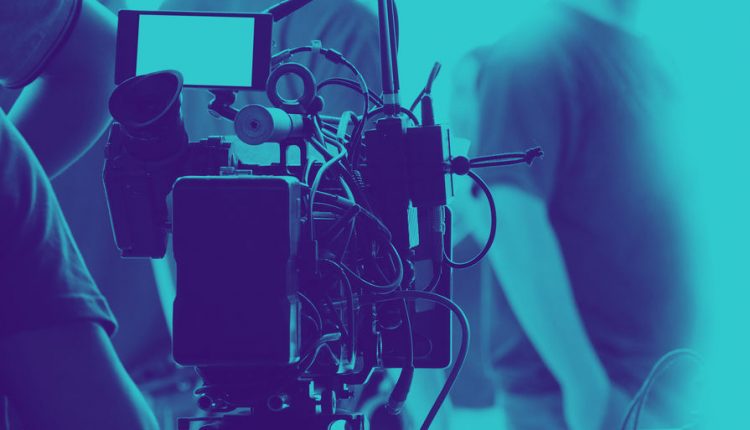 Falling Flame Pictures from Phoenix will premiere the first film

“It’s important to us to make as many films as possible in Arizona because we love it here. You can drive a couple of hours north of Phoenix and make it look like anywhere in the world. We’re based in Arizona, but we have the Hollywood connections that any production company needs, ”said Wiechert.

ALSO READ: That’s why Arizona is becoming a hot spot for filmmakers

Falling Flame Pictures was founded in 2018 by Weichert and Charlotte Lilt, an actor, director, producer and chief creative officer for the company. The couple hope to advance filmmaking in Arizona by creating fun and commercially viable independent films.

Movies are usually associated with Arizona’s western neighbors, not Grand Canyon State itself. Many of the high-end Arizona-based production companies focus on advertising and branded content.

In Wiechert’s opinion, not much narrative content comes out of Phoenix at the level of quality that the general public expects from a feature film. However, Falling Flame Pictures is working to provide opportunities for creatives who live in Arizona.

“There are a lot of talented filmmakers and actors who haven’t had the opportunity because bigger productions don’t film here, but the talent is,” said Wiechert.

Making a movie requires intense collaboration, not just between the actors in front of the camera. Wiechert worked with the local post production company BT Productions on “Scare Us,” which meant owner Brian Tooker could be on set while filming.

“He made sure that the technically difficult shots we shot worked for him in post-production. And since Brian is there, I could sit down with him without having to get on a plane, ”said Wiechert.

Working with professionals at all stages of production helps avoid small mistakes that get the audience out of the moment.

“Everyone has to be at the top of their game so that the end product doesn’t distract in weird, unplanned ways. Great films engage the audience from start to finish and don’t throw them off with a studio light on in the background or an actor accidentally looking into the camera, ”said Wiechert.

Although there are talented people in Phoenix, there are hurdles to filmmaking in the valley. Arizona doesn’t offer tax incentives to seduce filmmakers like some other states do. The exact same film shot in Arizona costs more than Georgia, which has tax breaks for film productions. The movie business is ultimately a business, so producers often take on productions where the cost is the lowest. Falling Flame Pictures’ first feature film is a horror anthology entitled “Scare Us”. The film was shot entirely in Arizona and used mostly local talent in front of and behind the camera.

“’Scare Us’ is a love letter to Arizona. Books on 7th Ave. [the setting of the main story] is like a character in the movie, and it’s such a unique place in Phoenix from the start. The film shows what Falling Flame Pictures wants to do for Arizona, Phoenix and local filmmakers. Outside of New York City and Los Angeles, there is rarely such an opportunity, ”said Jeff Hare, director of marketing for Falling Flame images.

While horror anthologies are not groundbreaking in the film world, “Scare Us” is not a collection of unrelated segments.

“There are five stories, all of which are linked by a general main story. Each of them has a different feeling that appeals to all the different subgenres of horror fans in a film, ”said Wiechert.

Trying out something new is associated with its own challenges. With six directors, six authors and three photography directors, creating separate but interwoven storylines required intensive collaboration to ensure narrative coherence. But Wiechert believes that everyone came together and made a film that could establish a new anthology format.

COVID-19 also posed problems for the film. “Scare Us” finished filming in December 2019, but the post-production process took place under pandemic conditions. This meant that despite the fact that everyone was on site, much of the post-production work was done virtually. The film was originally intended to be released in physical theaters, but COVID-19 also made this process difficult.

“I am very proud of everything we have achieved with this film and that we can say that it is from Arizona. We took a lot of risks. Everyone is so talented and we’re working to give them as many opportunities as possible, like Falling Flame Pictures, ”said Wiechert.

“Scare Us” opens on Friday May 21st at the Laemmle Theaters. Virtual cinema. The film will be available on video-on-demand and DVD on June 19th.