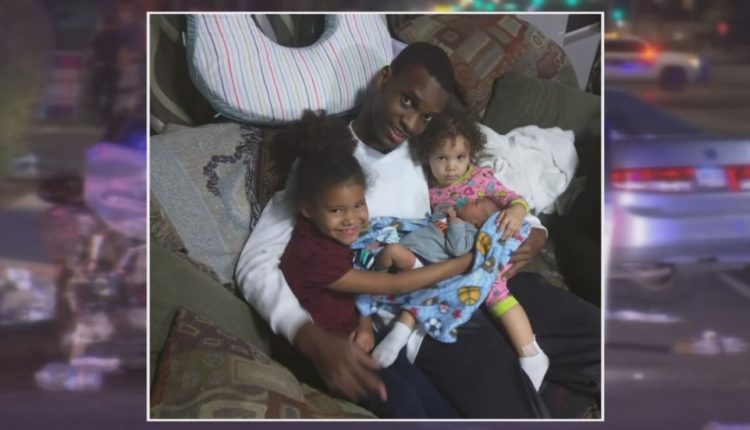 PHOENIX (3TV/CBS 5) – A vigil was held Saturday night, remembering one of those killed in a car crash Friday morning at the intersection of 43rd Avenue and Thunderbird Road in Phoenix. In total, three people died and six others were injured after a stolen car that was speeding hit another vehicle attempting to turn left onto Thunderbird Road.

Phoenix police haven’t officially identified anyone involved in this crash, but Arizona’s family has confirmed through speaking to loved ones that one of the victims was 28-year-old Terry Hill. His sister Jada has several questions about what happened.

“Why be out there doing this at that time of the night?” she asked. “Why steal a vehicle? Why be joyriding? Why run a red light?”

What Hill doesn’t have right now is the answer, beyond knowing that Terry and the passengers he was driving on his Lyft route are now gone.

While Phoenix police haven’t released the names of any of the victims, Hill and her family recognized the car that exploded at 43rd Avenue and Thunderbird. They matched the VIN number to the car, as well as different items on Terry’s body. At the vigil, Hill and others remembered Terry.

For Jada, seeing that burning car is still on her mind.

“I didn’t go to bed until three o’clock,” she said. “I woke up instantly, popped up out of my sleep because of the image in my head.”

But that image doesn’t define who Terry was as a father, husband, and brother.

“He was outspoken, goofy, he didn’t care about whose feelings got hurt,” Jada said. “He made sure his message got across, and his intentions were always pure.”

Now, Jada’s leaning on lessons she learned from Terry to help move forward.

If you’d like to help out the Hill family moving forward, here is a link to their GoFundMe Page.