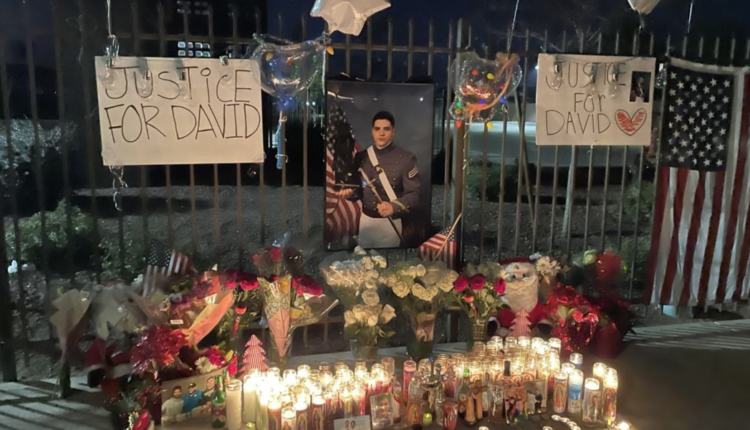 Family, loved ones mourn life of murdered Army veteran during vigil in Phoenix

PHOENIX (3TV/CBS 5) — Dozens of people with broken hearts gathered around the growing memorial for Army veteran David Navidad-Parra near the corner of 45th Avenue and Coronado Road on Wednesday evening.

Their pain was comforted with hugs and prayer. All of them remembered Navidad-Parra for the man he was. “He was an exceptional, political young man. One of the most polite young men that I’ve ever had the privilege of teaching, and I’ve been teaching for over 30 years,” said Tracey Clark, Navidad-Parra’s former high school teacher.

Exceptional is how close friends also describe Navidad-Parra, saying he was a West Valley kid and a first generation Mexican-American who had made it. “I’m just incredibly proud of the man that he became knowing full well that he was probably going to become exactly who he is,” said Clark.

But it was all taken away. We’re told Navidad-Parra was visiting family for Christmas, helping his father-in-law sell a car last Friday, when he was allegedly kidnapped and killed by Abel Uribe during a driving test.

Uribe has been arrested, but a second suspect is still on the loose. A relative of Navidad-Parra’s wife is questioning why they had to take a life, saying the suspects should have just robbed Navidad-Parra, not killed him. “I’m a very faith-filled person and so as horrific as an act as this was, I have hope that all of us have an opportunity to be with David again,” said Clark.

Navidad-Parra’s family is now offering a reward for any information leading to the suspect’s arrest. They asked Arizona’s Family not to release the amount due to safety concerns. Anyone with information is asked to call Silent Witness.

Hundreds of US Hospitals Sue Patients or Threaten Their Credit, a KHN Investigation Finds