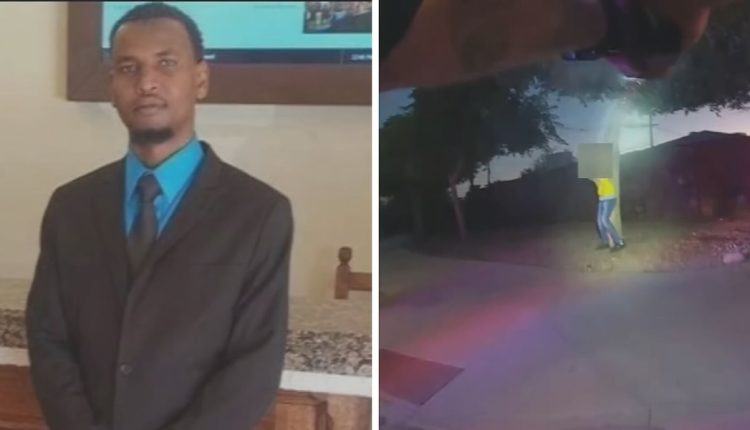 PHOENIX (3TV/CBS 5) — The family of a man who was shot and killed by Phoenix police after throwing rocks announced on Friday that they’re planning to sue the city and department, claiming gross negligence and excessive force on the part of the officers. The lawyers for Ali Osman’s family members filed a notice of claim, a precursor to a lawsuit. The family is looking for $85 million in damages. They claim officers should have waited for backup and used less-lethal rounds inside of opening fire on Osman on Sept. 24.

Police said officers were driving in the area of ​​19th and Glendale avenues when Osman was spotted throwing rocks around 7 pm and one of the cars was hit by a rock. The three officers in the two cars stopped and spoke about what happened. They also called for backup from the air and an officer with a less-lethal gun. When the officer who was riding solo got out of his car, he told Osman to stop throwing rocks. He threw a rock and hit him in the shin. The other officers then arrived. As Osman was about to throw another rock, two officers shot him. Osman died at the hospital. The second police car was also damaged by the rocks.

Family members said none of the three officers at the scene were in “imminent danger,” and one believed Osman was having a mental health episode. In the notice of claim, they said two officers had a less-lethal stun bag gun in their patrol car but didn’t use it or tell the third officer. It was only brought out after the deadly shooting, the claim said.

They also never waited for backup or came up with a plan to detain Osman safely, the claim said. When the two officers got out of their car, one of them said, “Let’s get that mother****** … yeah,” the claim said. The officers were named in the notice of claim but Arizona’s family is not identifying them. The Phoenix Police Department is conducting an internal investigation.

Earlier this week, Phoenix Councilwoman Yassamin Ansari said during a City Council meeting that Osman “should be alive and well today.” She added that “de-escalation practices failed” that day and police should have waited for a mental health professional. As far as the pending lawsuit, Phoenix has 60 days to respond.