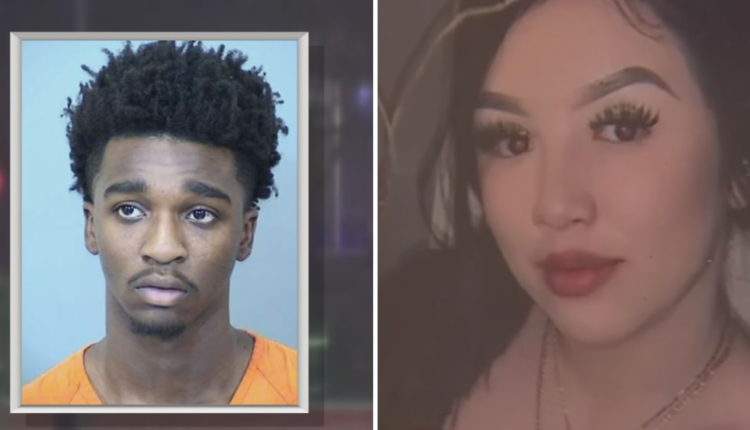 PHOENIX (3TV/CBS 5) — The family of Destiny Hernandez is relieved someone is being held accountable for her murder. For the first time since a man accused of killing Hernandez was arrested last week, her family is speaking with Arizona’s family.

Officers said that 18-year-old Jvion Gadson-Scott was arrested last Thursday afternoon for the murder of Destiny Hernandez, who was shot and killed at her boyfriend’s home near 79th Avenue and Broadway Road in July. Gadson-Scott was booked on charges of first-degree murder, aggravated assault, burglary and 10 counts of possession of a weapon by a prohibited person.

On July 13, 2022, police say Hernandez was at the house when several people broke in and began shooting. Hernandez was shot multiple times and died at the scene. Another man was hurt, but investigators didn’t specify who he was.

Phoenix Police Sgt. Phil Krynsky said detectives were able to match DNA from a weapon recovered at the crime scene to Gadson-Scott. “There was DNA that was able to connect this individual to the crime,” Sgt. Krynsky said. “These things do take time, but we want to make sure we give it the time each investigation deserves.”

Destiny’s aunt Maritza Hernandez says they had never seen the suspect before. “We have no idea who he is. We’ve never seen him until we saw him on the news,” she said. “I felt she’s going to rest in peace but not completely until they paid for what they did.”

Destiny’s sister Desiree Perez says they met Destiny’s boyfriend once. He called them the night of the shooting to fill them in. After that, they called and tried to reach out to him but never heard back. “It’s hard. I can’t believe it. I thought he would come say sorry for what happened but he never reached out to us,” she said.

The family said the other person that was hurt in this shooting was Destiny’s boyfriend. The family also says two other people were involved in the break-in. Arizona’s family has asked Phoenix police if they are investigating two other people.